From the book "Straight to the South", part 2 "Shark archipelago", episode 8.

We should describe one of our dives especialy, it was at Huvadhu. We started the dive at the same place, on the East external party of the atoll in the open ocean near the strait, but we didn't swim inside, we remained to hang in blue. And we were not sorry about it. Of course there were a little animals there, but we saw sea hunters who didn't come close to the reef. 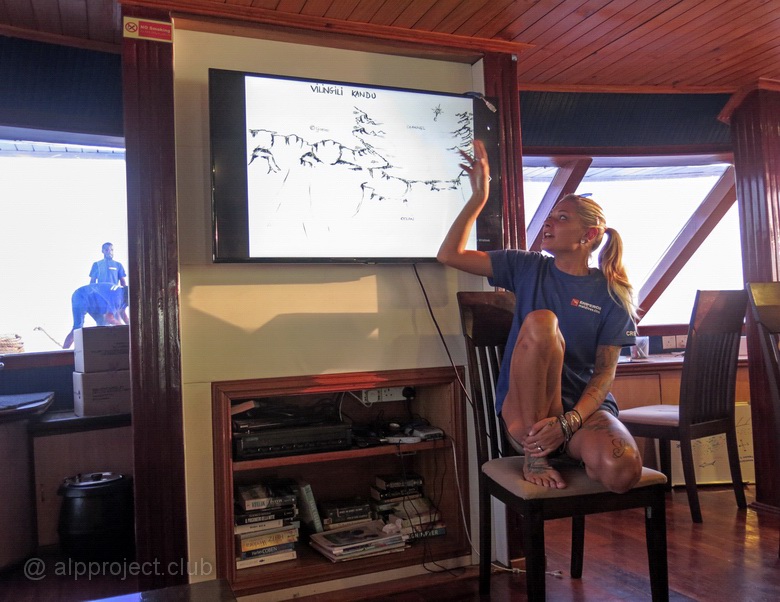 At the beginning of the dive we were approached by the oceanic silvertip shark (lat. Carcharhinus albimarginatus), it belongs to species of large gray sharks. Aggressive powerful predator, it can dive to a depth of 800 m. It can be 3 meters in length and weighs more than 150 kg. 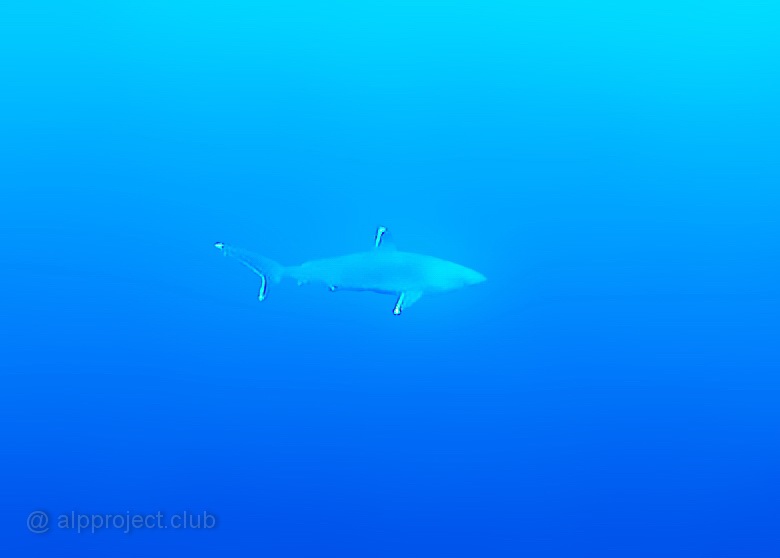 Silvertip shark (a frame from the video)

Behind it a silky shark appeared (lat. Carcharhinus falciformis). It has many other names: blackspot, grey whaler, olive, ridgeback, sickle, sickle-shaped.. But "silky", in my opinion, suits to it better – its skin is really very smooth with a silky sheen. Most often it could be found on the border of the continental shelf at a depth of 50 m. the Maximum recorded length was 3.3 m and a maximum weight was 346 kg. 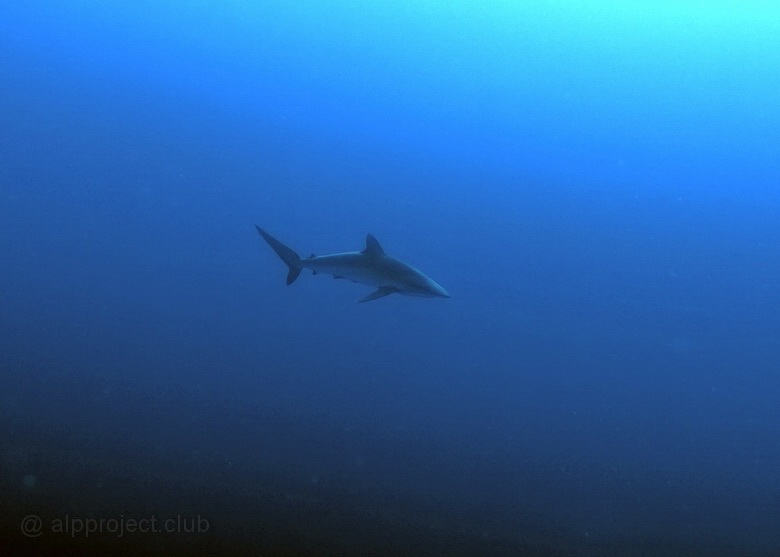 Adults of these species prefer depth water . Speed, curiosity and endurance allow them to hunt in open ocean space where no much prey there. Rapidly passing through dense shoals of fish and shellfish they swallow everything that gets into their open mouths, they easily catch up with their favorite prey - tuna, perfect pitch allows them to detect food sources before their competitors.. In general, they have a lot of useful abilities to avoid starving :) Movable and aggressive, they are not afraid to approach close to divers, so they represent a potential danger because they can accidentally bite you.

In general, the meetings were pleased for us. We finished the dive not in the lagoon but outside of the atoll at the coast of the island. There was a fantastic event there. The local reefs are tormented by powerful currents and surf waves, there are not flower beds made of soft corals there, but..

Huge shoals of fish of different species and colors in the purest blue water against the background of corals in the light of the sun penetrating into the water – it was a magical show. In our time, the density of fish populations in coral zones sometimes reaches two tons per hectare, but, according to naturalists of the past, before the development of industrial fishing it was much more. You know world's people population is growing and everyone needs to eat something, this is a problem. Life on Earth began in the oceans, and man must find a way to save his crib.. Someday in future, of course, they will find a way, but who of the sea creatures will still alive? We can only hope for the best.. 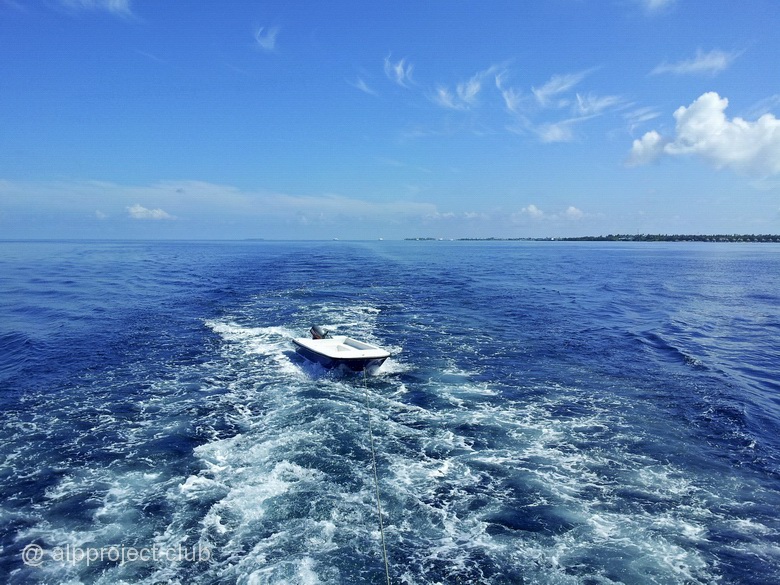 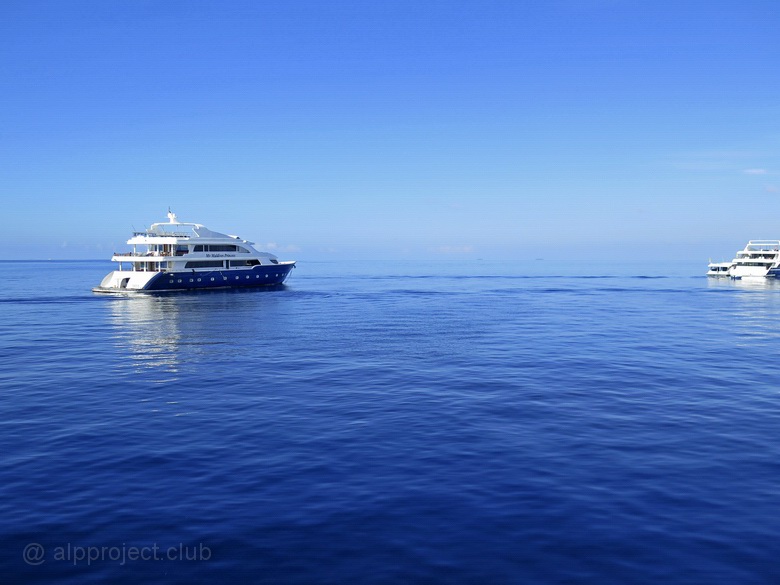 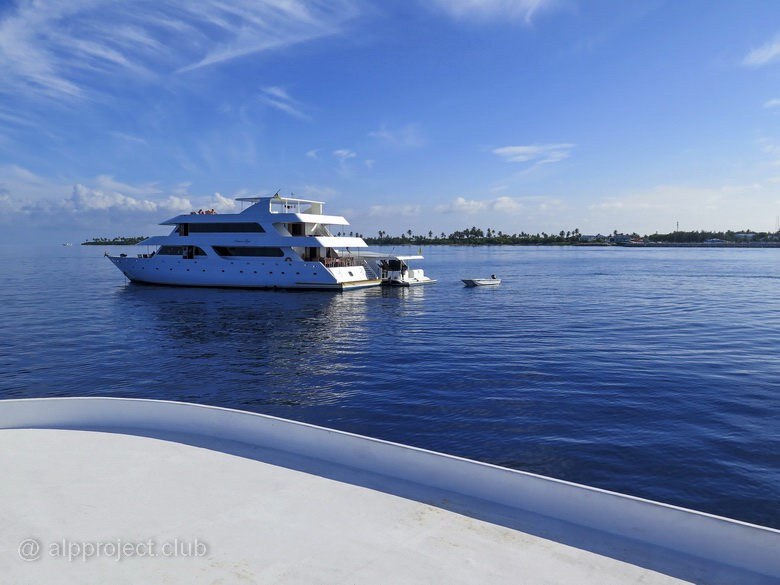 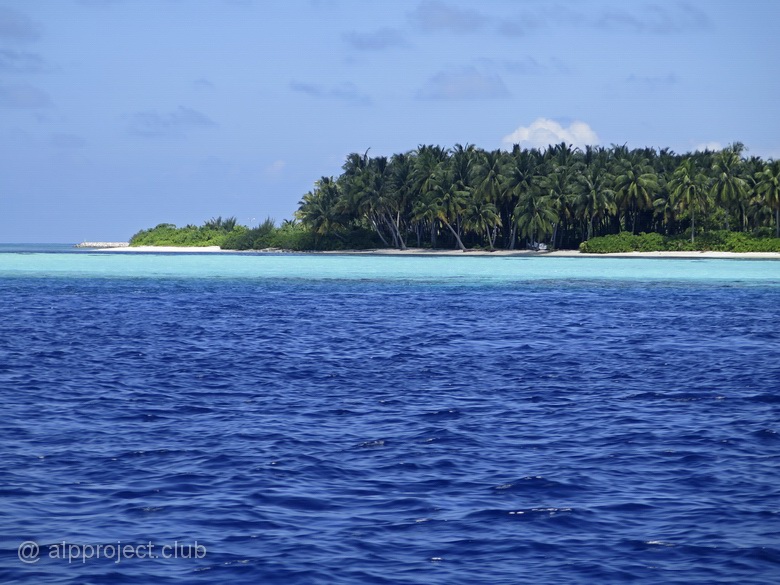