From the book "Straight to the South", part 1 "Expedition to the heart of Sri Lanka", episode 4.

Jeep-safari to Kaudulla national park starts in the afternoon. In the morning and at noon, elephants hide in the jungle in the shade of trees, and in the evening they walk to the lake, where you can see them in details and photograph them on open spaces. 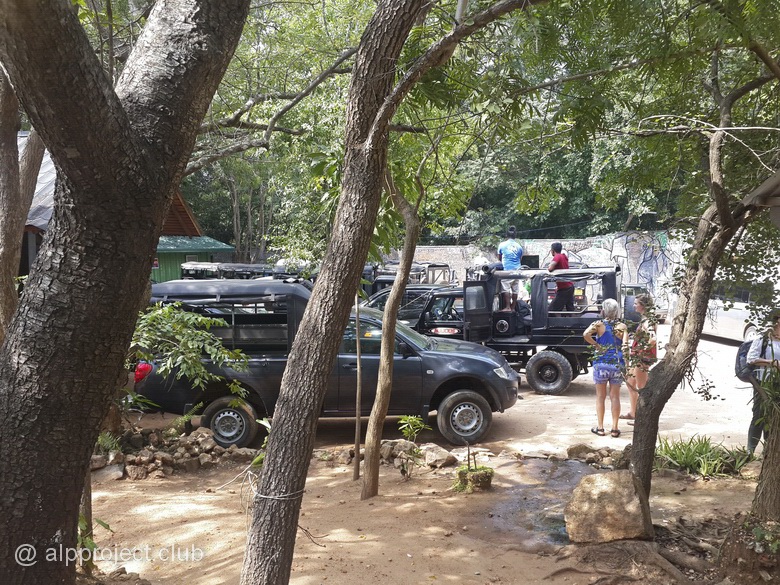 Jeeps at the entrance to the park

This national park is quite young, it was founded on April 1, 2002, and became the 15th similar area on the island. It is considered an important conservation area for rare bird species. It was named as the reservoir, one of the 16 built in the North-Central province of Sri Lanka in the I century AD by king Mahasen. This pool attracts and supports a variety of plants and animals, including large mammals, fish and reptiles. Now, speaking of the latter: almost immediately after the entrance we saw a real, live and absolutely wild and dangerous saltwater crocodile riding a sunken snag.. 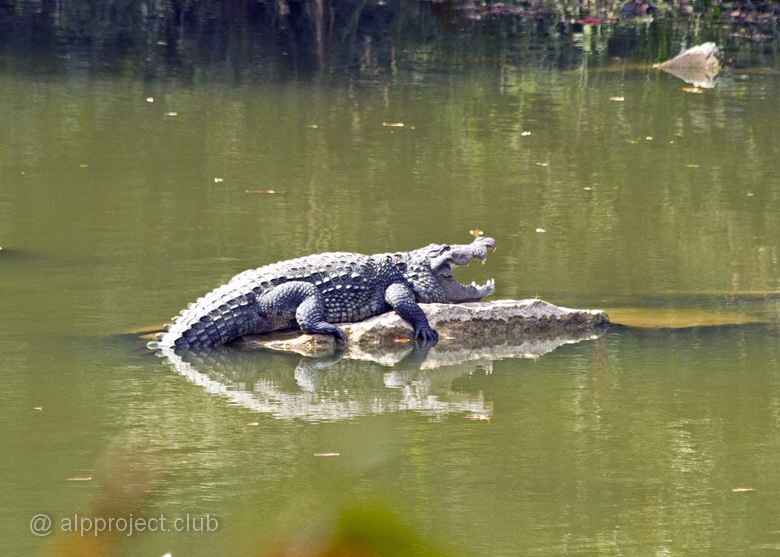 The first time we went on bumpy road among the forest along a small stream, and we stopped many times when saw another living creature. We were lucky to meet the following characters: 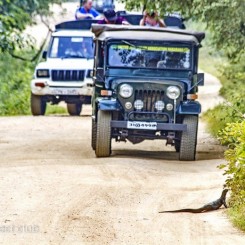 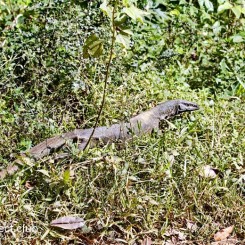 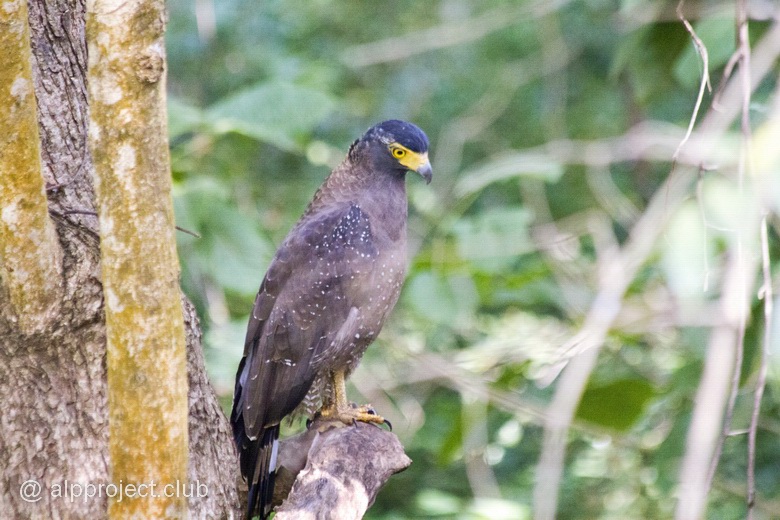 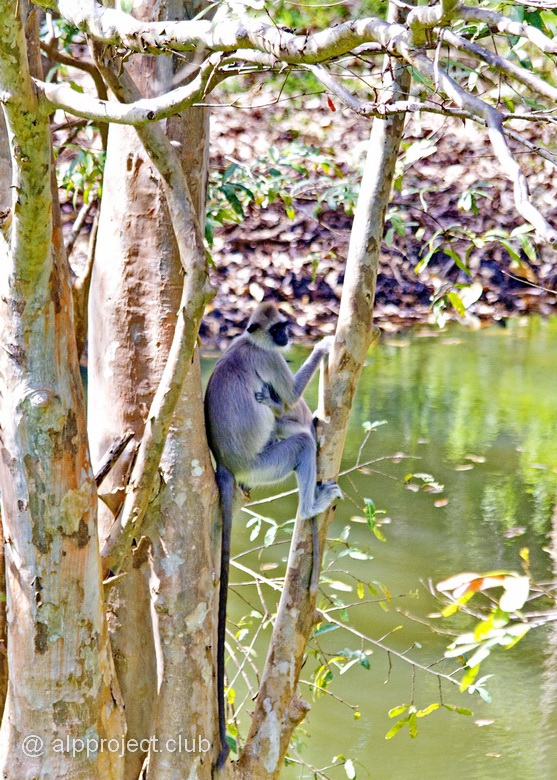 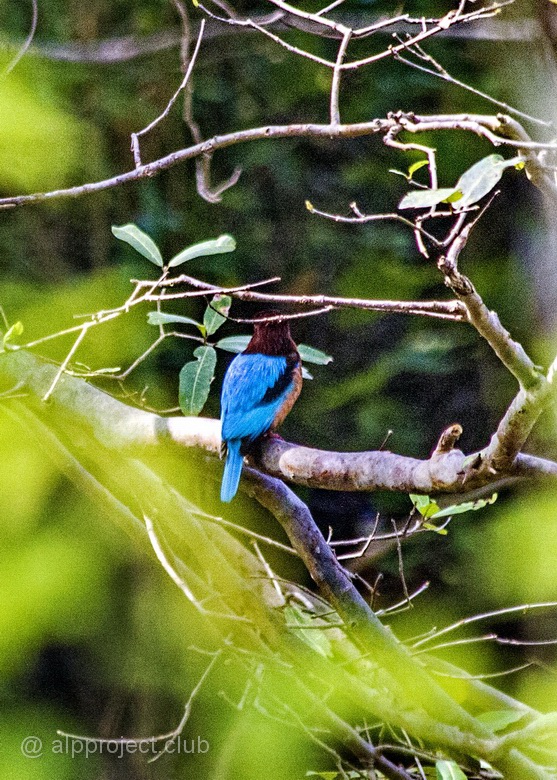 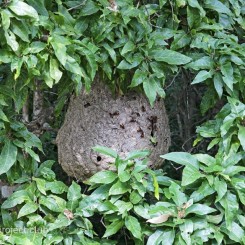 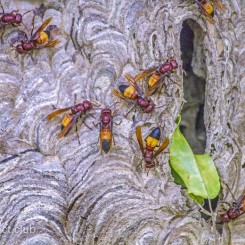 A hive of wild bees

Then we left the forest and moved into the open space towards the lake. 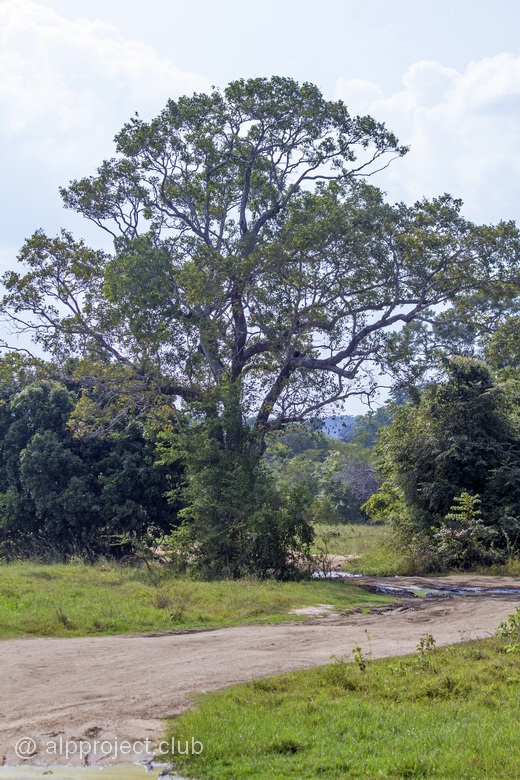 Large white mushrooms flashed in the grass, like champignons, but we couldn't check what kind they were, because it is strictly forbidden to get out of a car. On the way we only stopped for a moment and used our cameras to left – to right. 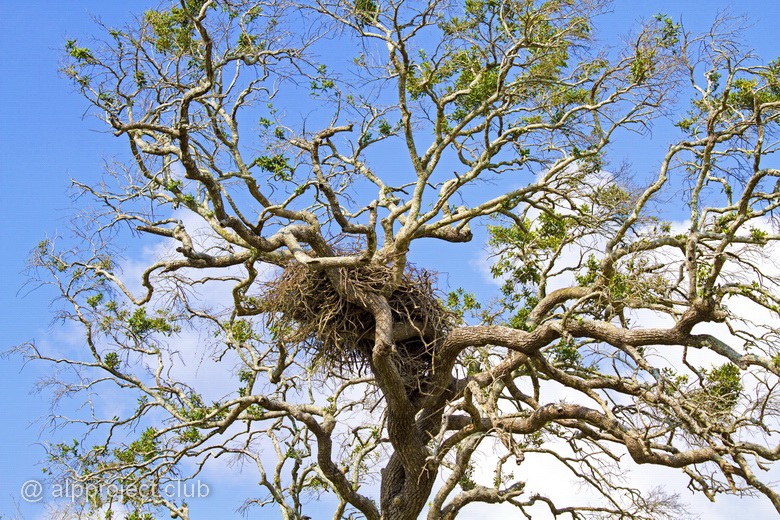 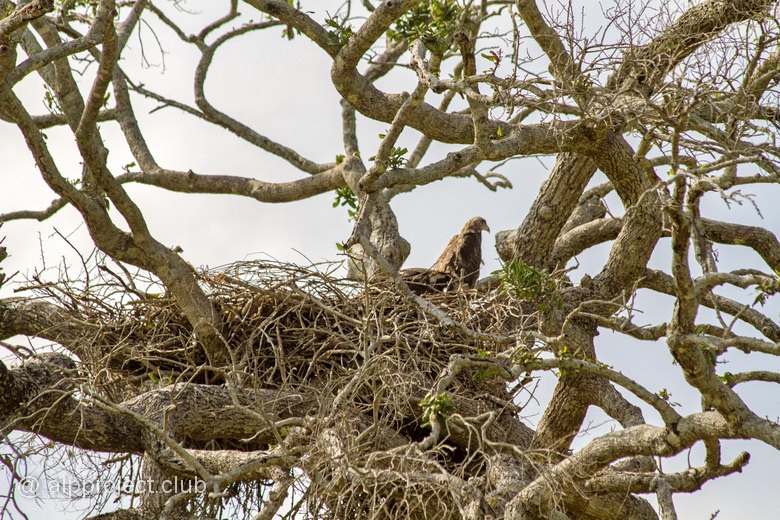 Alone young elephant went to somewhere for his business a good distance from us.. 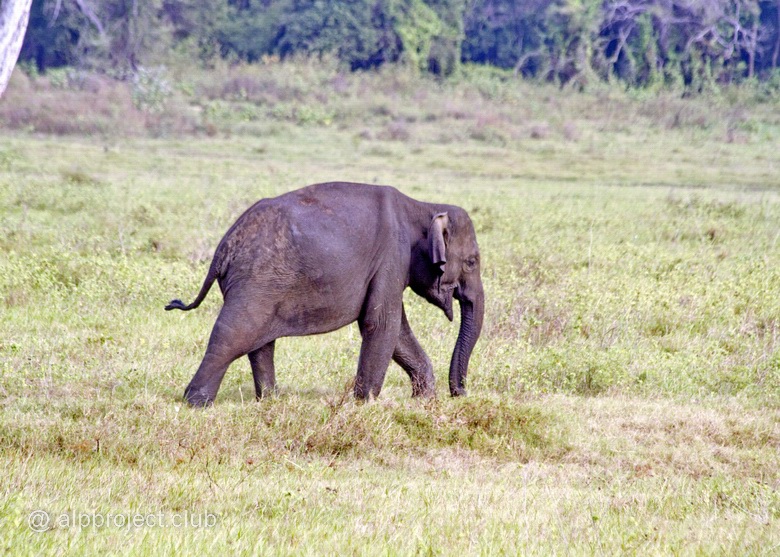 Pretty brown white-black little bird with long legs and red beak was sitting on the old log. It is called "red-wattled lapwing", it is a kind of waders. And this bird is called also "puny person"! :) Finally I saw what she really is :) 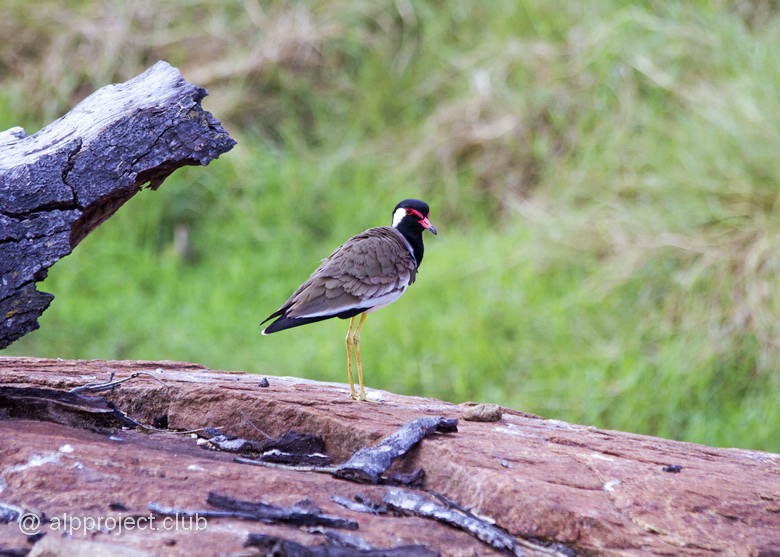 Peacocks (symbols of Sri Lanka) are hiding from us in the bushes, shot them up was really failed. 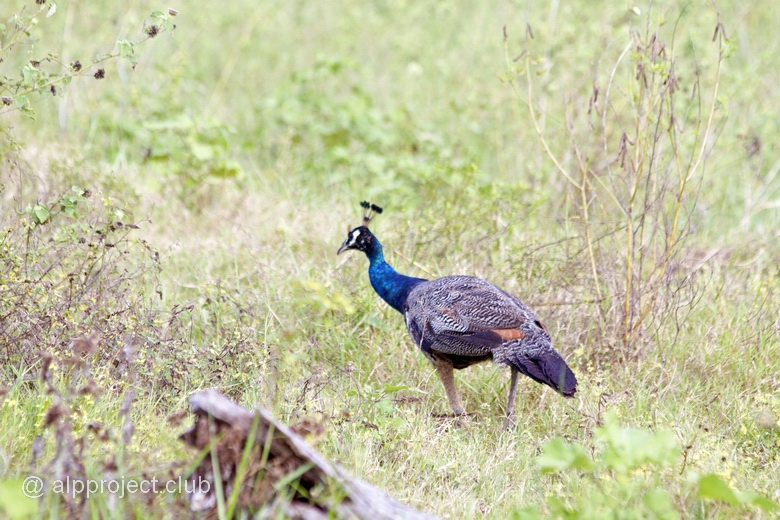 And finally we rolled on the grassy shallow, where a herd of elephants grazed. Large males and mummies were aching grass, they were surrounded by youth. Young elephants were different – peers and older. They were eating the vegetation as well as parents, but occasionally distracted by their games. 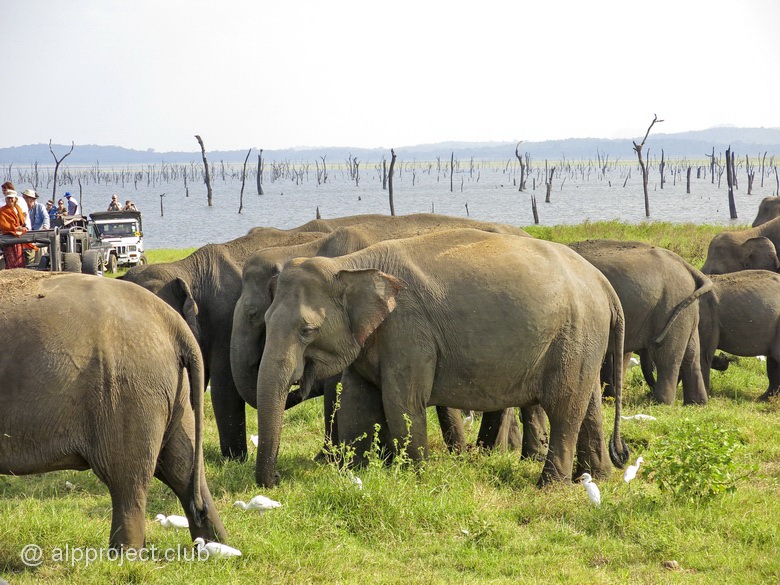 Ceylon elephant, the largest of the modern subspecies of the Asian elephant, they reach a height of 2 to 3.5 m, weighs from 2 to 5.5 tons. The skin color of these elephants is darker than the Indian and Indonesian or Sumatran elephants, with large and bright pigment spots on the ears, face, trunk and abdomen. 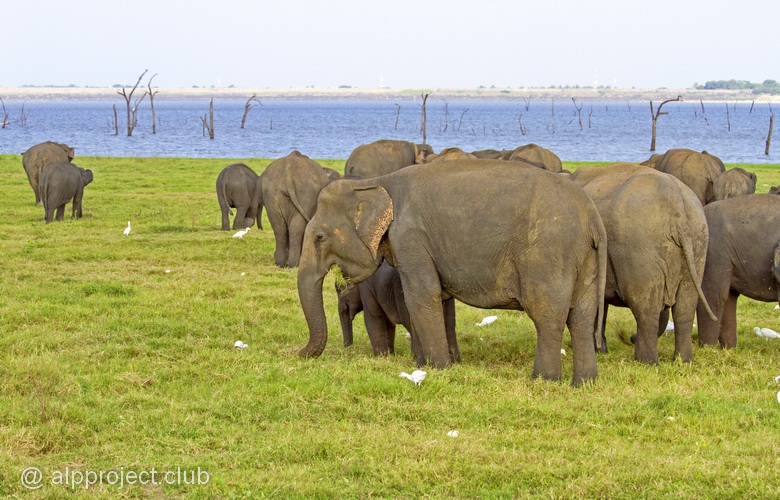 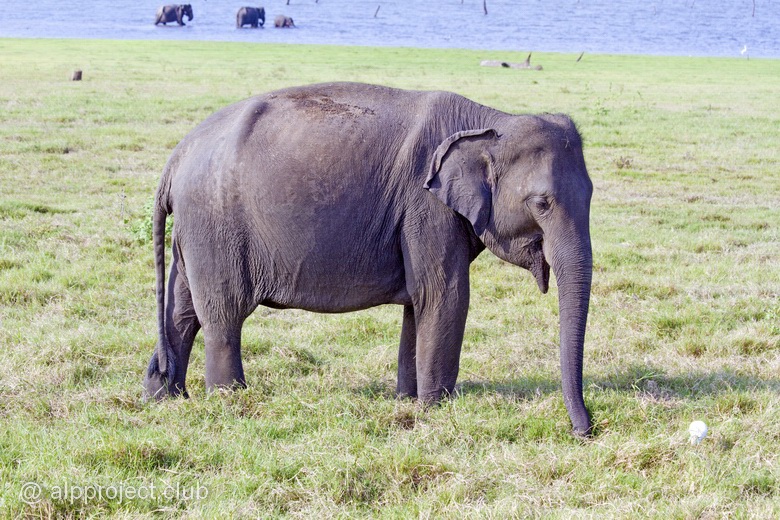 The local elephants are one of three recognized subspecies of the Ceylon Elephant (Elephas maximus). Since 1986, Elephas maximus has been listed in the red book, as their population has decreased by at least 50% during the last three generations (60-75 years). 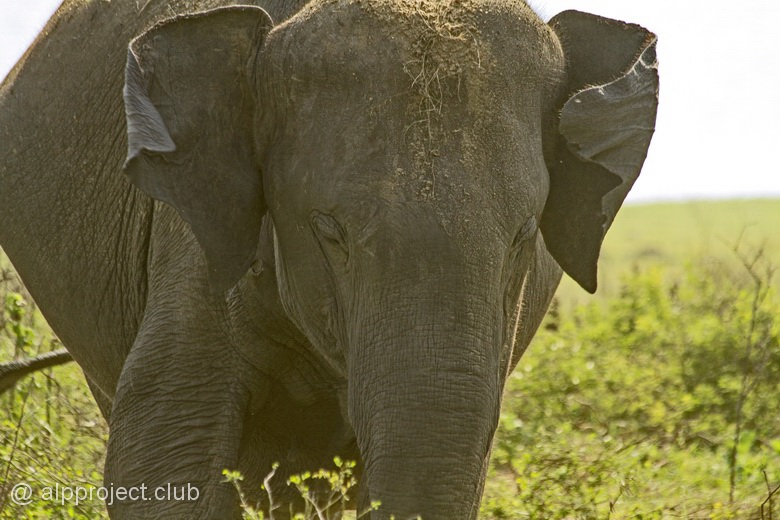 In the historical past, elephants in Ceylon lived everywhere. They met in the dry zone, lowland wet zone, as well as in cold, wet mountain forests. The population of elephants in Sri Lanka now has about 6,000 individuals, but in the XIX century there were about 30,000.. In the colonial period from 1505 to 1948 wet zone was almost completely occupied by people for agricultural plantations. In the first half of the XIX century the forests were cut down in zone of the mountains in order to be able to grow coffee and later tea plantations, so place to live for elephants almost gone even in mountains. In addition, during the British rule a large number of elephants were killed by hunters for trophies and remuneration. There is evidence that, for example, during the period of 26 years from 1829 to 1855, more than 6,000 elephants were killed. At the same time one of the majors of the British army killed over 1500 elephants, many other hunters for the same time destroyed about 250 to 300 these animals each. 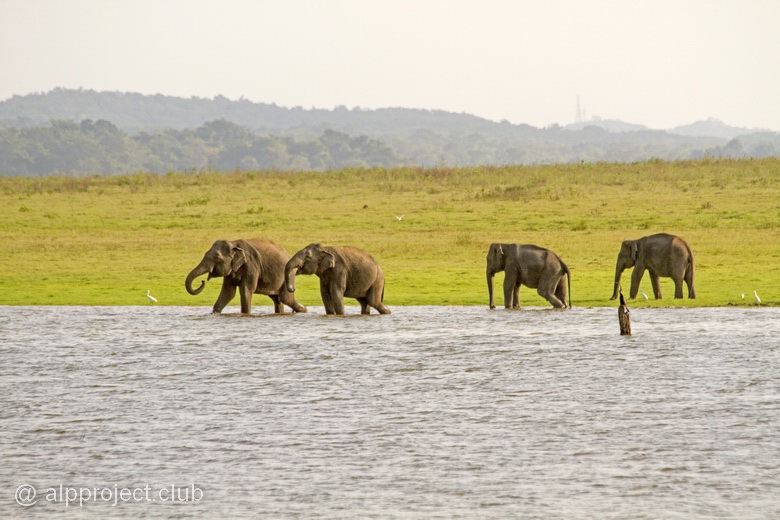 The scale of land development for harvesting is growing every year, the modern area of elephant distribution is limited to the dry zone and has become very fragmented. The government of Sri Lanka is trying to fix the situation, they allocate special areas, such as this park, where human activities are almost completely banned and elephants can live in peace, but, unfortunately, free space on the island is almost gone because the growth of the human population. 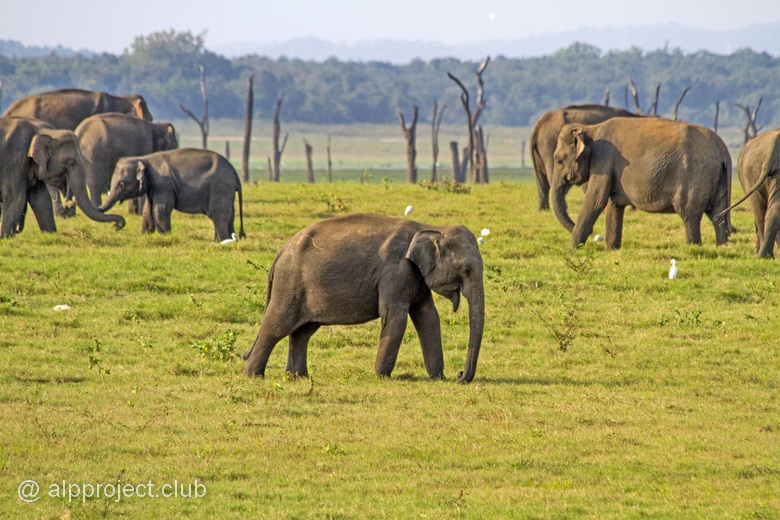 Ceylon elephants, unlike African, more friendly and they are not afraid us and walk near the car quite close. There were about twenty cars there, and each with several people with cameras. And this repeates every day. I am sure the internet is full of photos of such good-natured giants, well, let's add our photos, we must tell you about this meeting.. 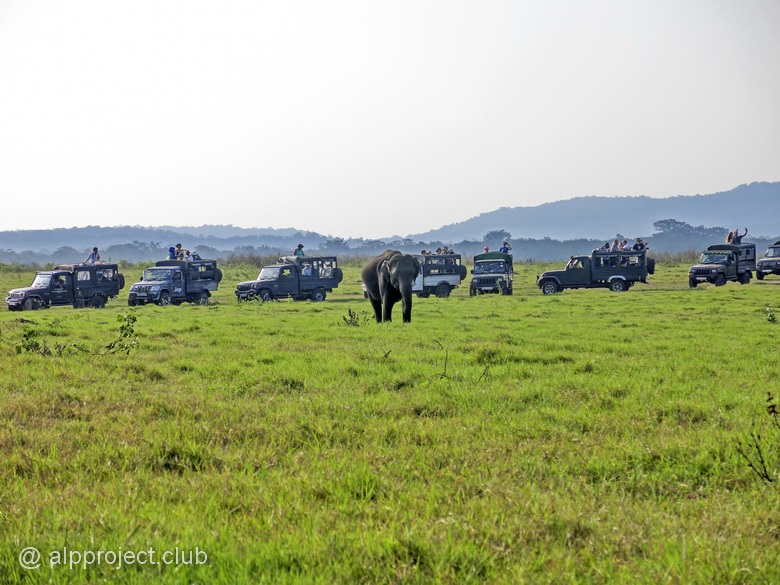 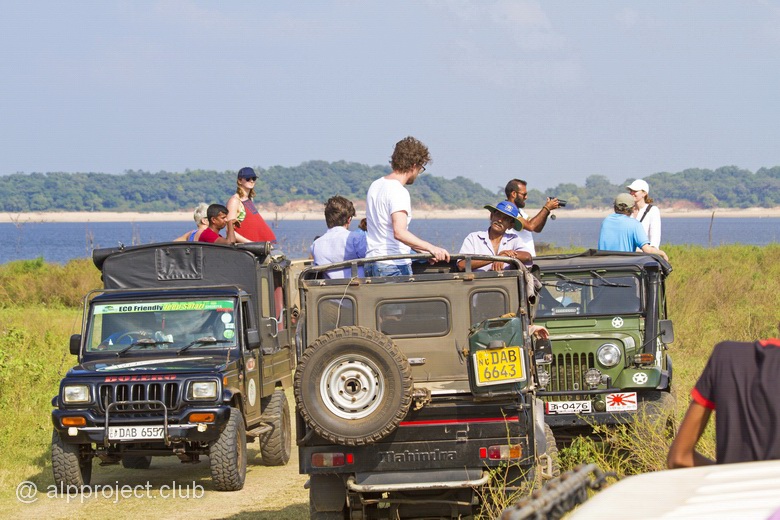 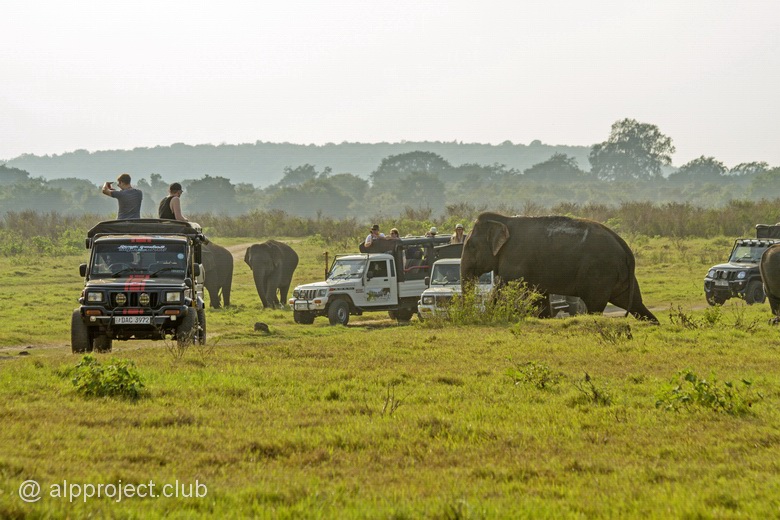 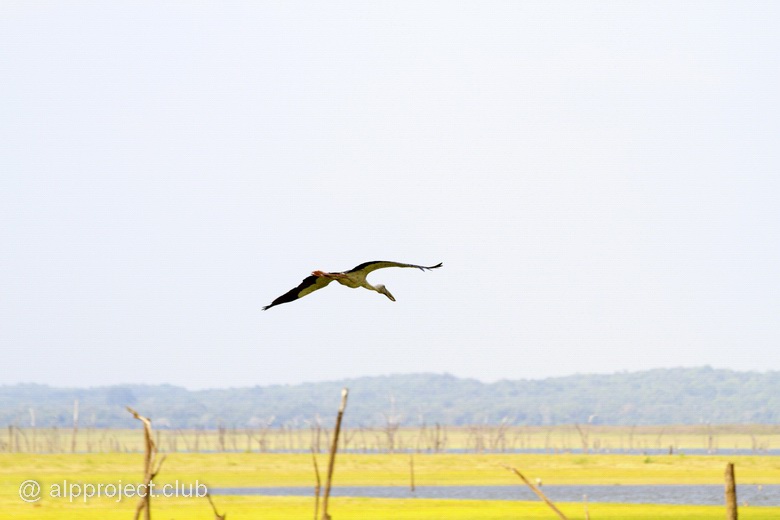 About 5 pm the sun went towards the sunset, the light and colors began to fade, and we left the park as part of a caravan of jeeps filled with nature lovers. 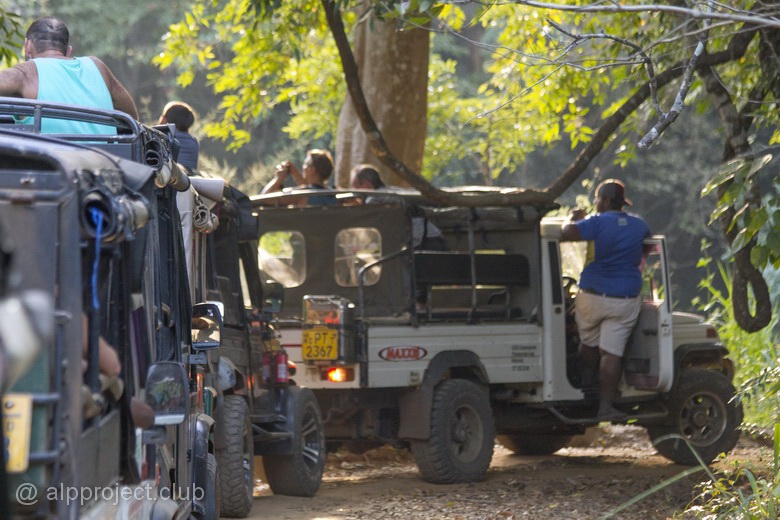 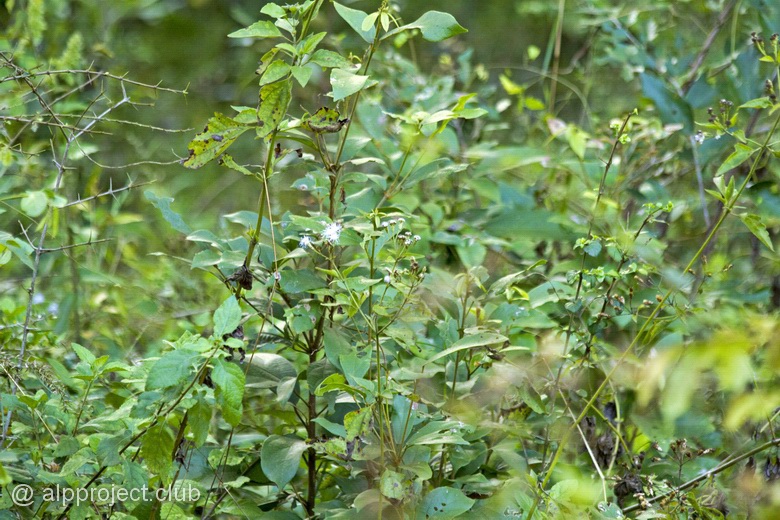 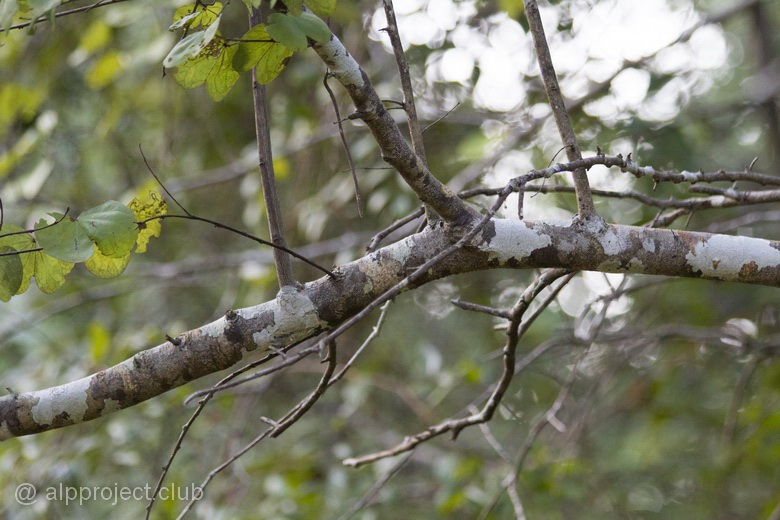 On the way home we had another meeting on the busy highway. Absolutely wild and free young elephant came out to greet us. He posed for the cameras and only slightly afraid of the passing cars... An unexpected and pleasant end of our tour :) 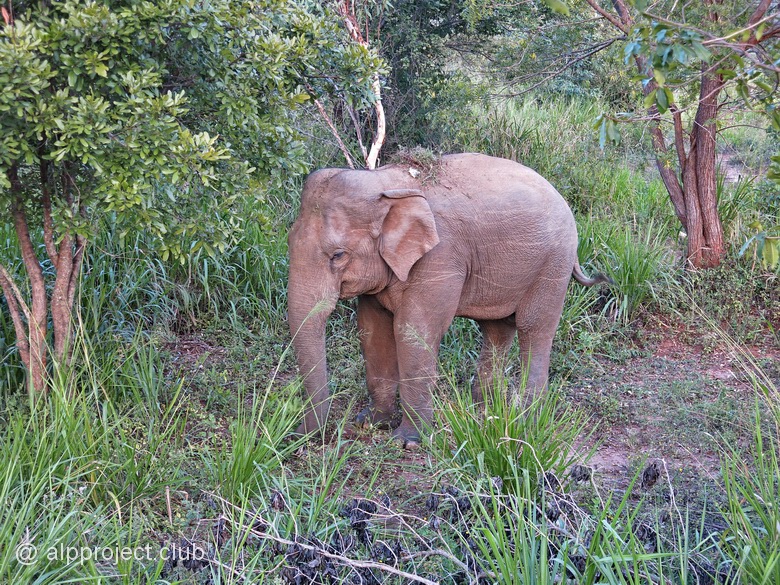 Look at our movie about the tour: