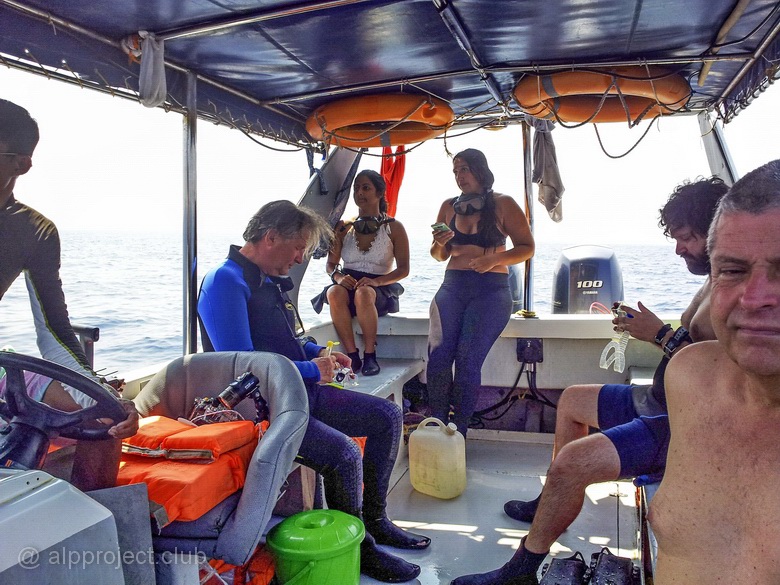 The Dixson's Pinnacles (11°55'18.13"N 93° 5'38.78"E) are hidden under water about 5 km from the southern end of Havelock Island. Three coral-covered pedestals rise above the flat seabed on the depths from 30-35 meters to 18 meters. Their tops are flat, 5-7 meters in diameter. The divers' boats lie on a rope tied at the bottom around a rock ledge and equipped with a buoy. Each next boat tied to the predecessor, to cast anchors is strictly prohibited, so corals are not damaged. 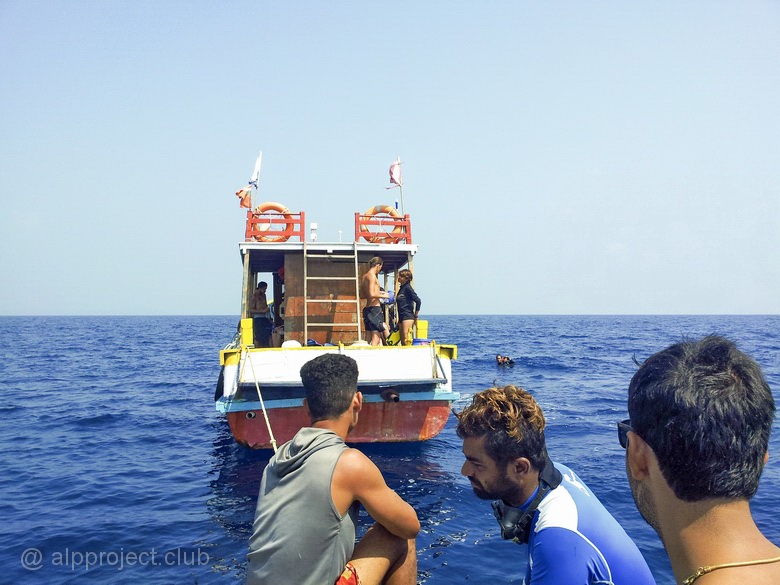 Diver boats on a leash

Corals are alive, there are not many of them. But there are a lot of fish around, especially the little things, right fireworks of multi-colored confetti. 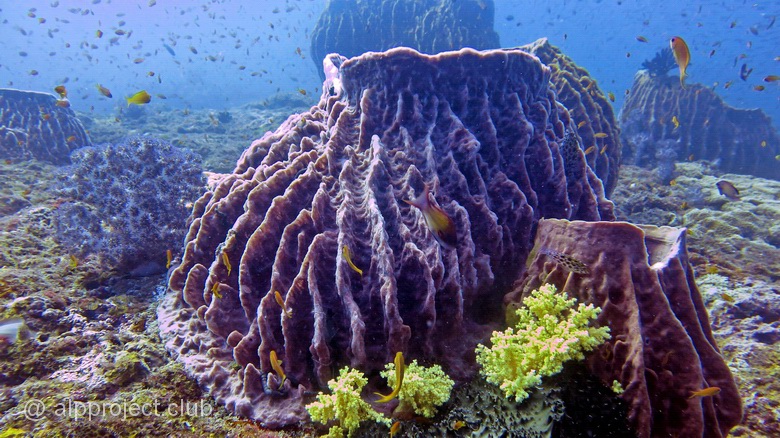 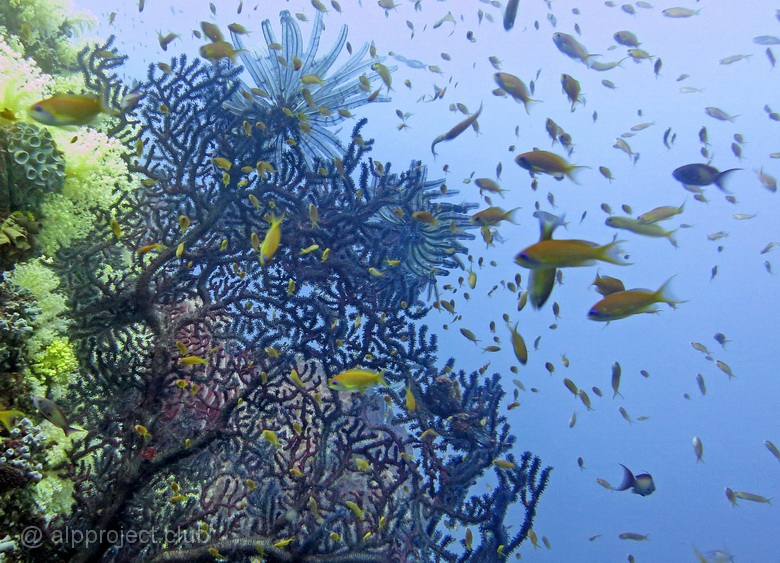 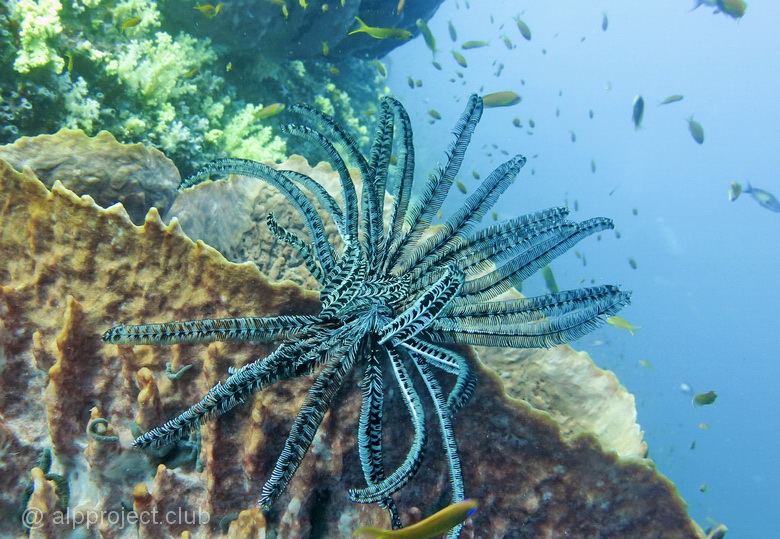 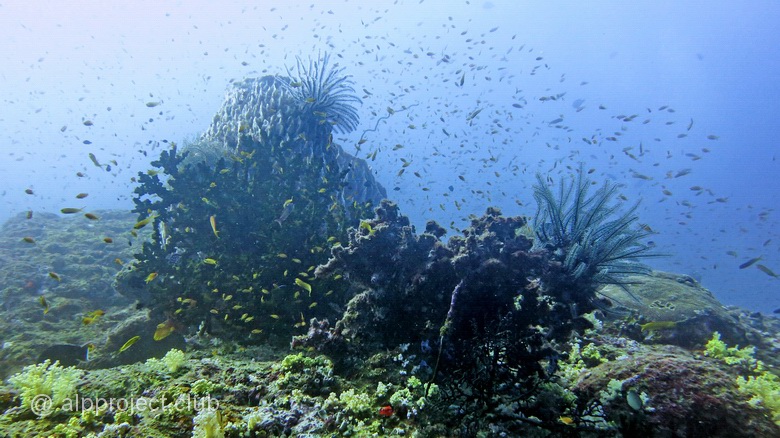 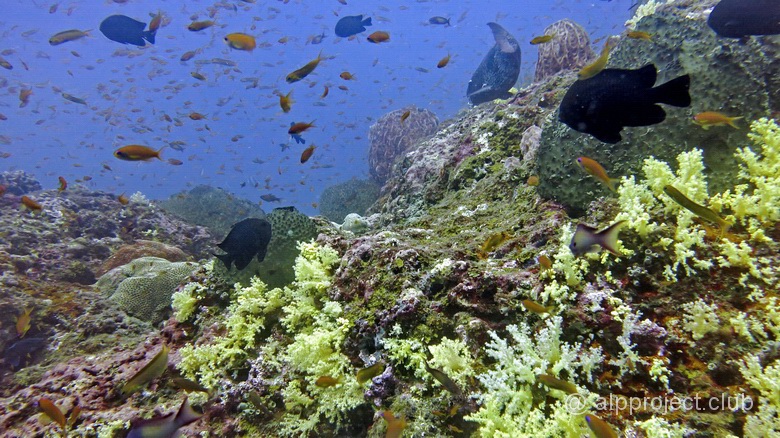 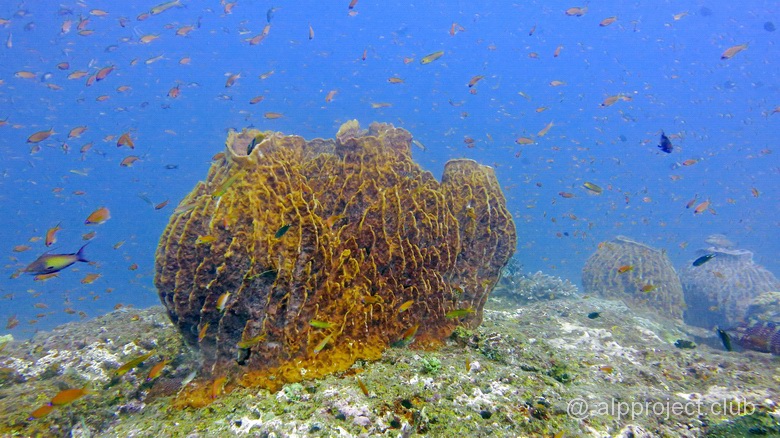 The gang-band of trevallies runs around in company with red-breasted perch, titanium trigger, Napoleon fish, and groupers are hiding at the bottom - they are admirers to feed small fishes. Parrot fish, Moorish idols and triggerfish bite shallow corals - we clearly hear the crunch. In general, life is in full swing. Small fishes abruptly flying to the sides just at moment of appearance of predators, trevallies throw at them with brutal grin – it is kind of a circus! 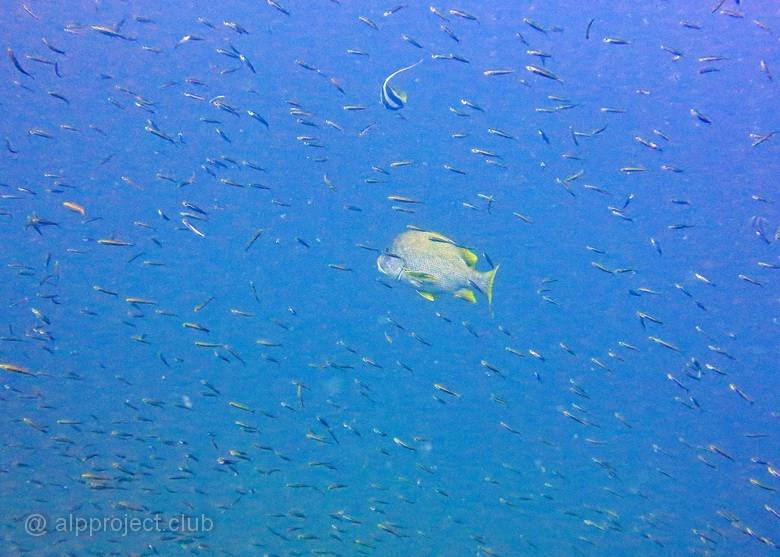 The fish is not frightened here, lets you come close, allows you to make good shots. We dived in this place four times, the best visibility was in the early morning. To get to the right time, you have to wake up at 4 am, but don't be lazy – you will not regret :) 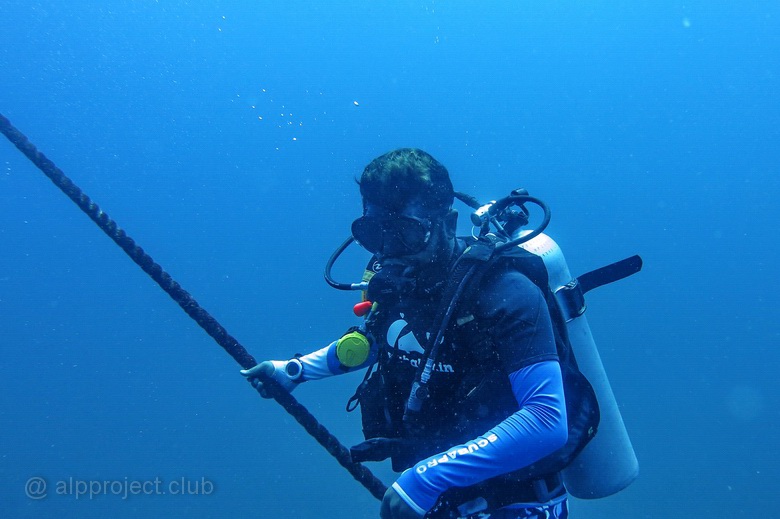 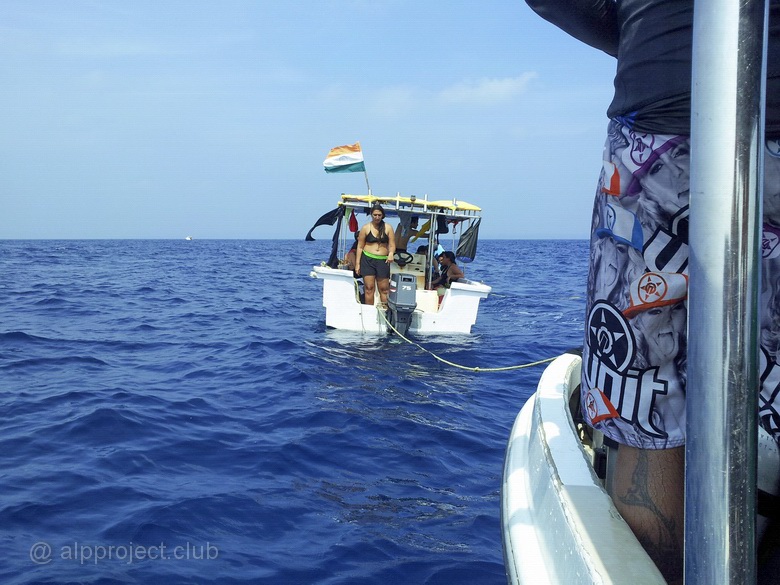 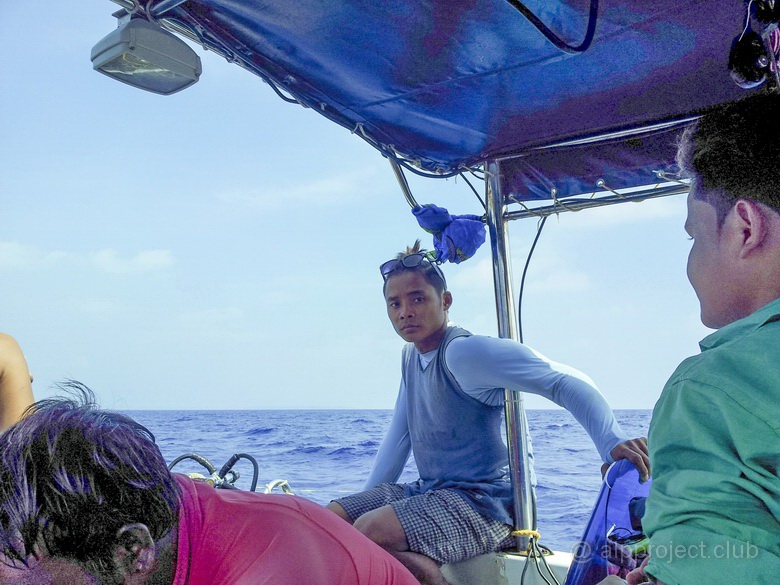 We dived down and came back, holding the rope, because the currents are very tangible. We walked around the mountain. The corals here are weak like as on Dixson's Pinnacles, but even more fish: groupers, snapper, platax, shoals of different fishes, even a small whitetip reef sharks passed. There are flocks of barracudas, trevallies, large Napoleon fish – a lot of pelagic inhabitants around, it is natural for such place - we went to open sea for 15 km, the banks are barely visible. Depth of the Andaman sea in the Western part of it is decent, sometimes it reaches three or four kilometers, anyone wild creature can come here, even whales can come in February. And we had an extraordinary meeting: a pair of hefty barramundi was hiding under the coral. They have many other names - Lates, Asian sea bass. These fish are native to Australia, the local aborigines call them "bara" and love them because delicious taste – the meat is almost without bones and does not lose juiciness during heat cooking. They have the title of one of the symbols of the world's smallest continent. It was more surprising to meet them thousands of miles from their home…

Yeah, there's definitely someone to see in the waters around Havelock. Tomorrow we move to the Neill Island, we should to see a sea cow, otherwise the whole trip for nothing ... Cross the fingers!