Russian sailors who were pioneers of tropical waters called this relative of sharks as Sea devil. You can imagine what a superstitious horror they caused when this huge horned nightmare suddenly appears from the depths of the sea.. :-) 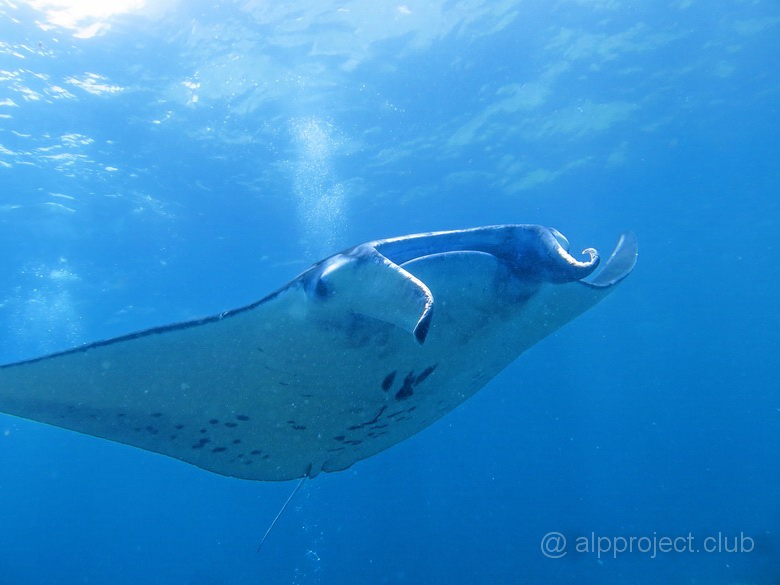 Actually, manta ray or giant sea devil ( lat. Manta birostris) is the largest of the rays. According to Wikipedia, the width of the body of individuals reaches 9.1 m (usualy 4 - 4.5 m) and weight of large specimens reaches 3 tons. And they are the only one vertebrates who have three pairs of limbs. Horns, so scaring for sailors, are, in fact, the head fins - rays use them to direct the flow of water with the plankton to the mouth. 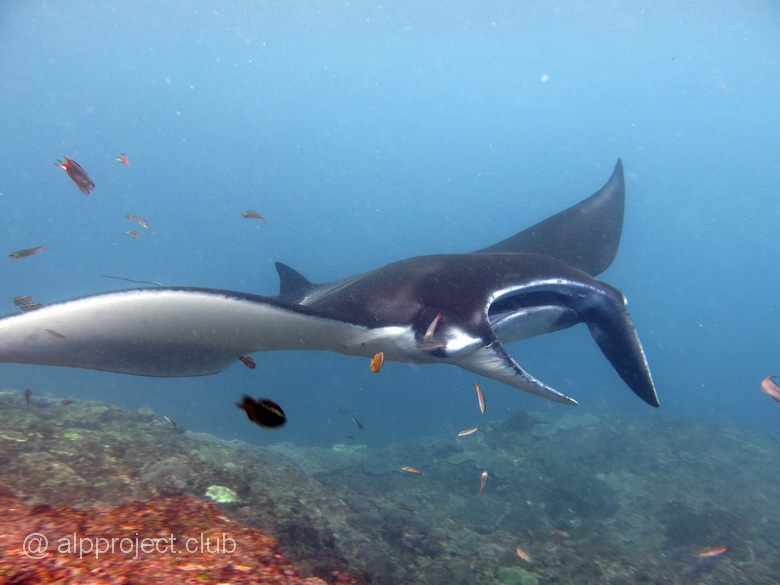 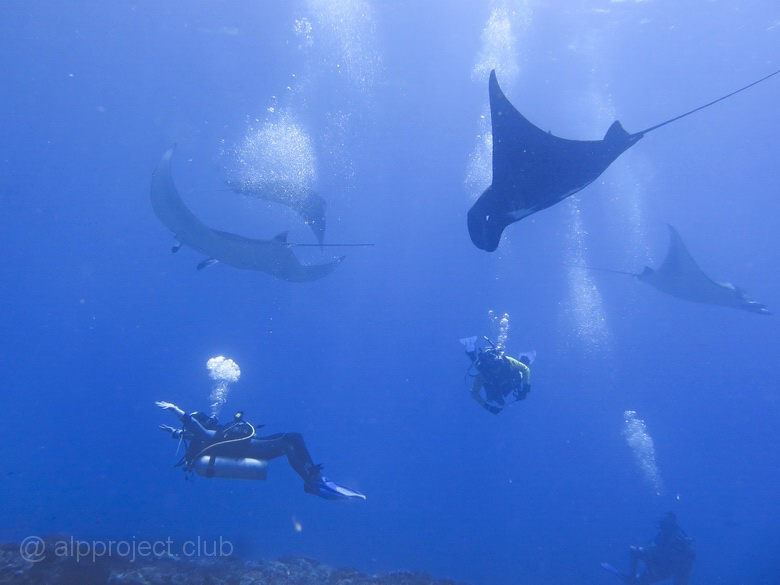 And yet each ray has its own unique coloring and scientists identify them by photos which stored in a special database.. Internet contains a lot of interesting information about these creatures, please read it. 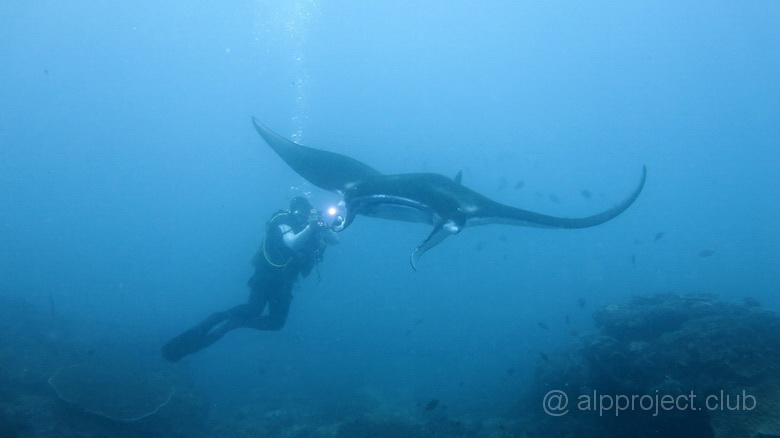 Manta rays are usually circling around underwater rocks near the surface, even snorklers have a good chance to see them. However, you can see many interesting things on the depth. So, there are bluespotted ribbontail ray at 25 m depth, they hide in the sand - one of our dives we saw about 30 such rays there, no less. 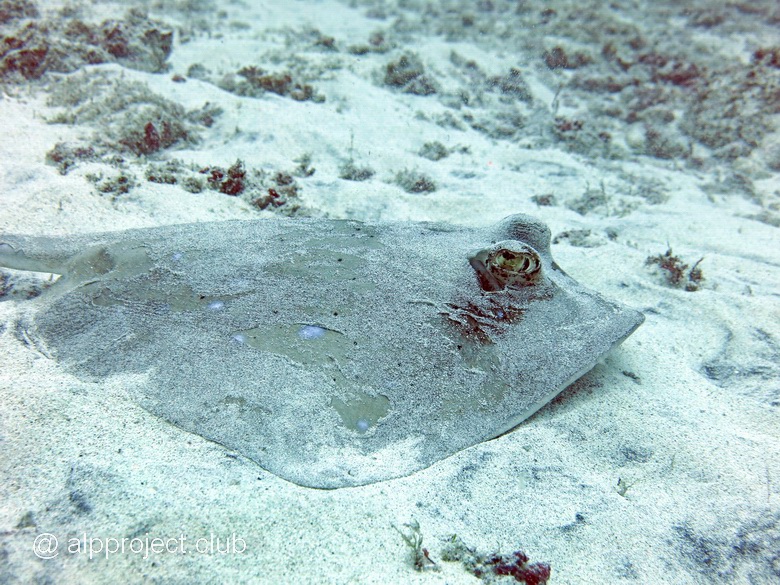 And once we found a large marble ray in a hole under the coral. Also we saw a large picturesque angels fish, angry titan triggerfish, huge schools of golden with blue stripes sebastes.. So you never know who may wanderd here, because it is the South-Western end of the Nusa Penida island, from her South Indian ocean is open all the way to Antarctica.. 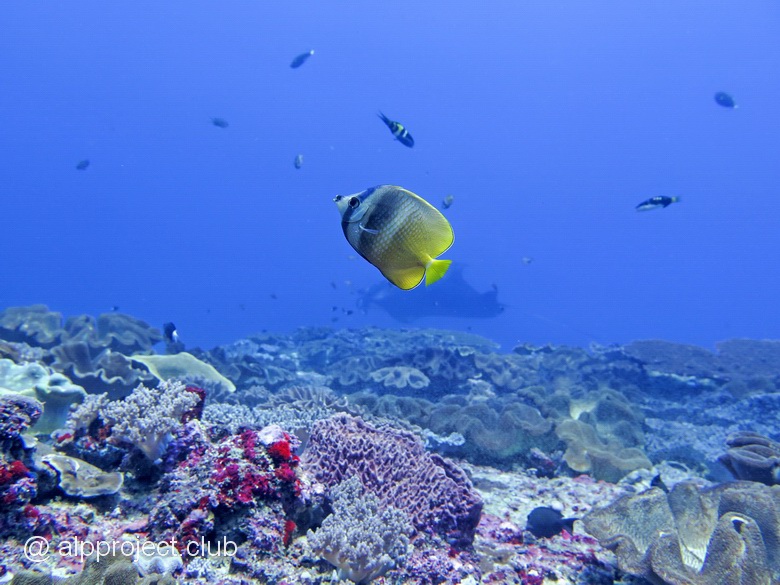 Butterfly fish on a background of a ray 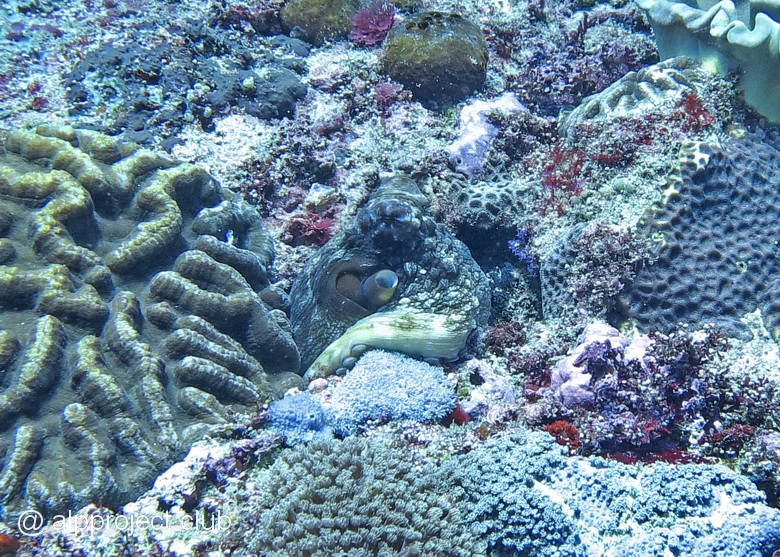 Octopus among the corals

Please watch our movie about the underwater world is this point on the map: