Menjangan island is part of the National Park Barat. There are several dive sites around, they called the best diving points of Bali. We dived at few of them and we describe it here and at the following pages. The island is overgrown with coral plateau, the edges go steeply to a depth about 60 meters, and then a gently sloping sandy bottom is there. But we have not tested it, we have dived 25 metres down only and then went up along the wall, examining the coral and looking for something rare. Despite the name of Eel Garden we saw no eels, not even usual moray. There were just corals and sea lilies there, somewhere nudibranchs, nothing extra. 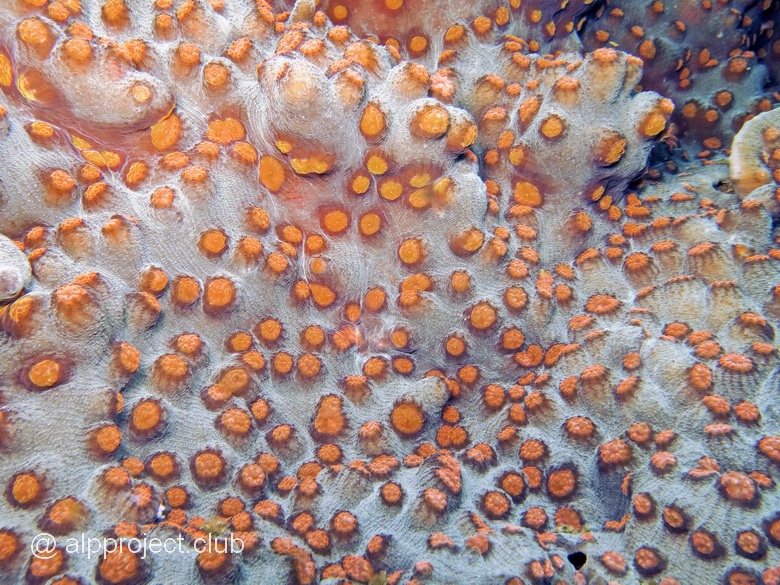 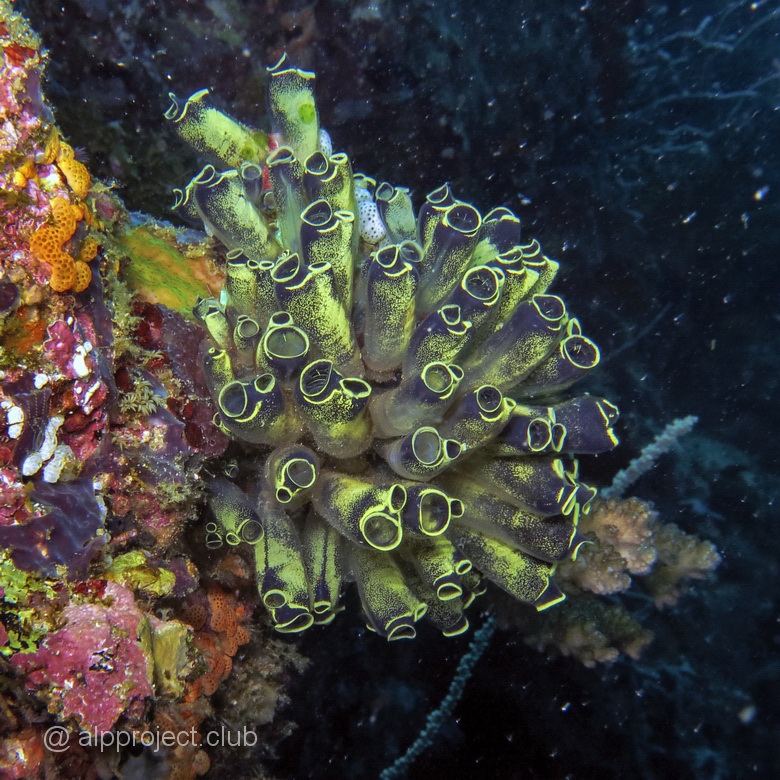 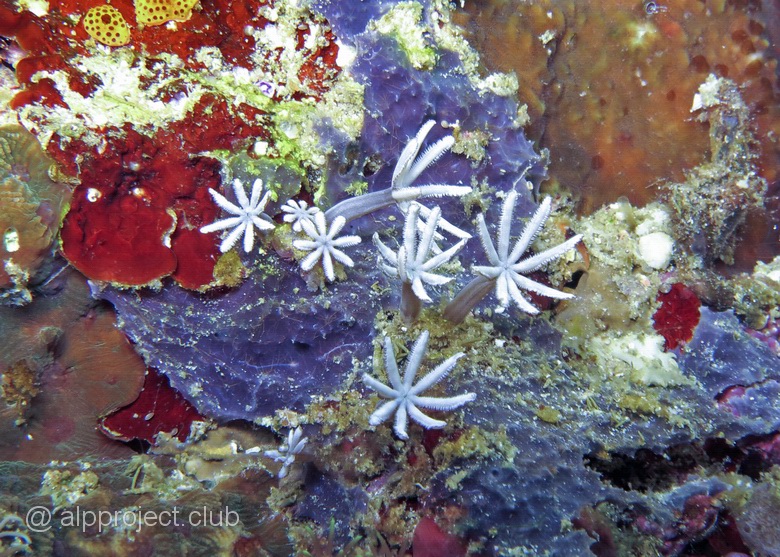 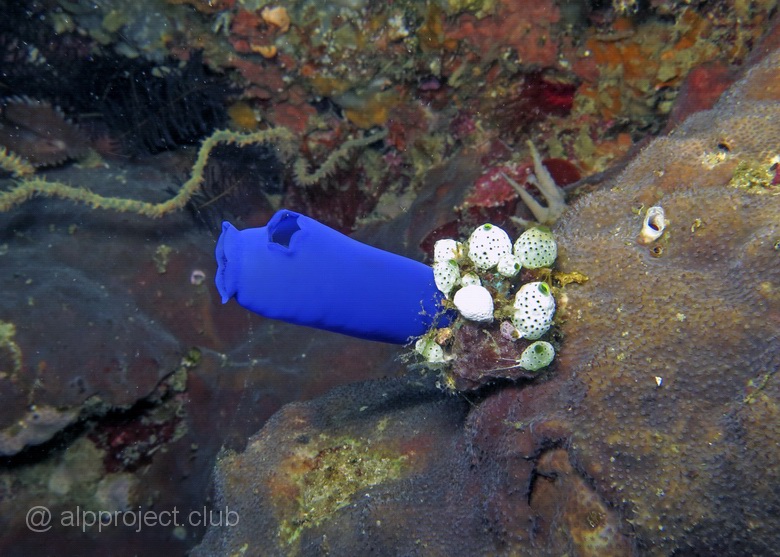 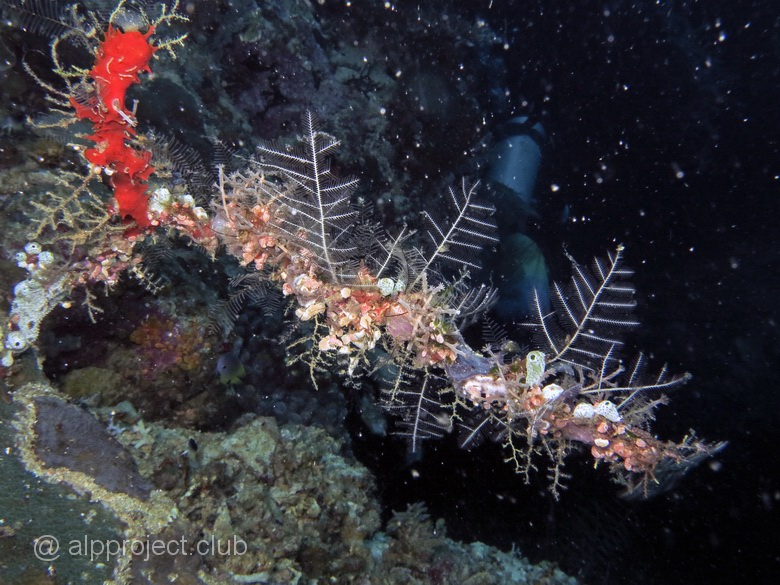 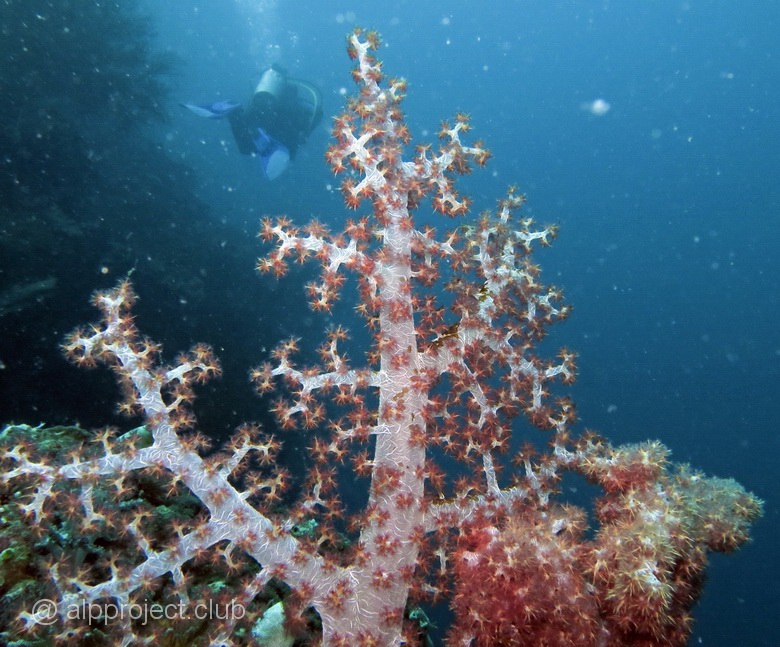 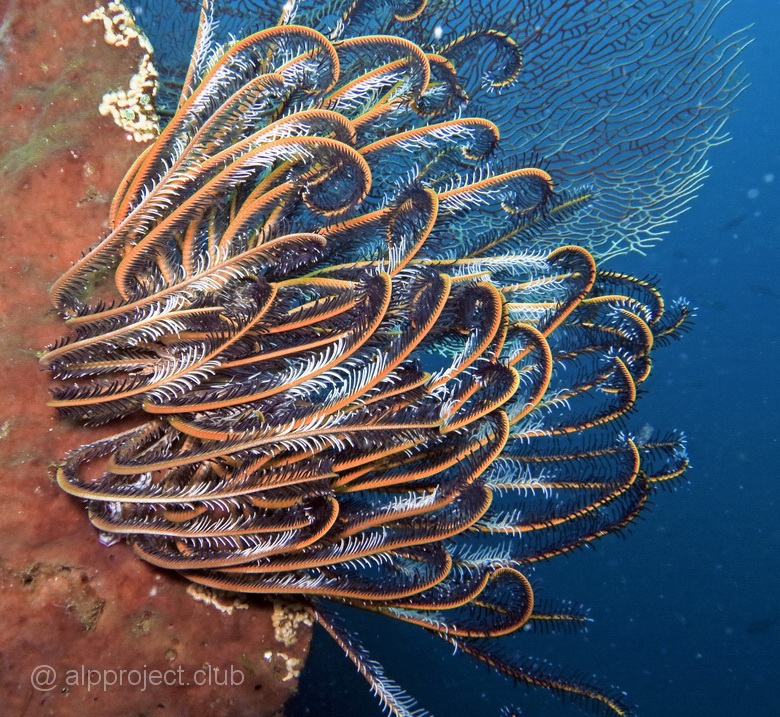 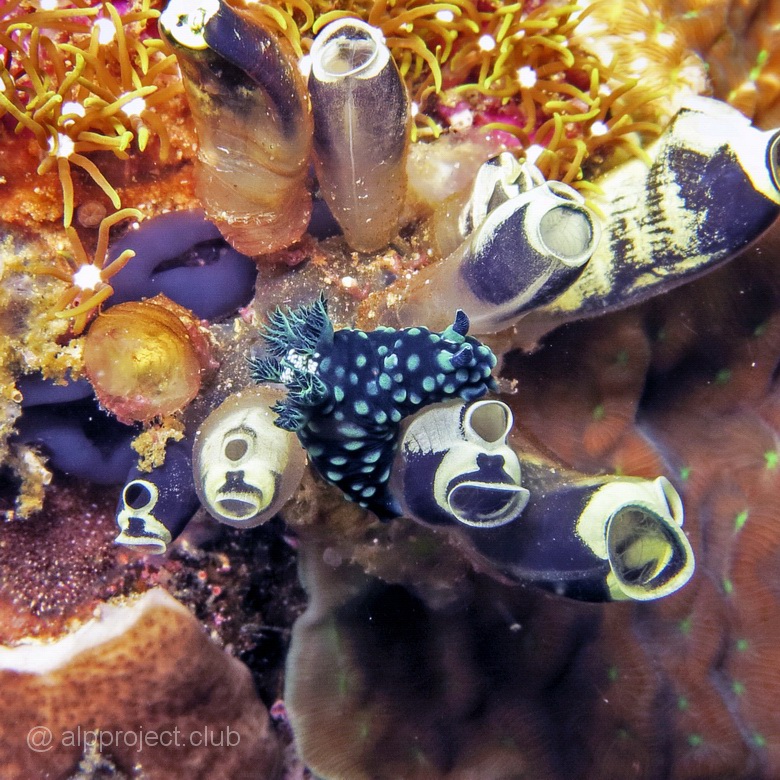 Maybe we were unlucky, usually large marine animals swim near such walls. But I suspect they've been scared away or caught long time ago: densely populated Java island is very close to, just across the narrow strait, and people who lives there needs something to eat.. Only one thing I remember - huge bushes of gorgonian – squamous polyps, large fans of which reach two or three meters sometimes, you can see them in our movie:

In the absence of interesting things we filmed members of our diving team. Hi guys! You are also very nice underwater! 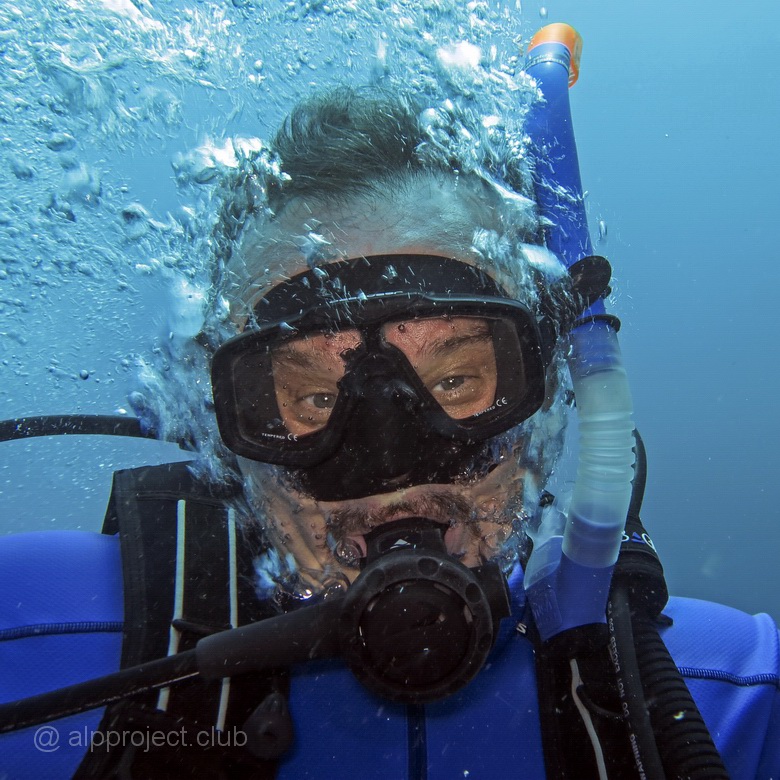 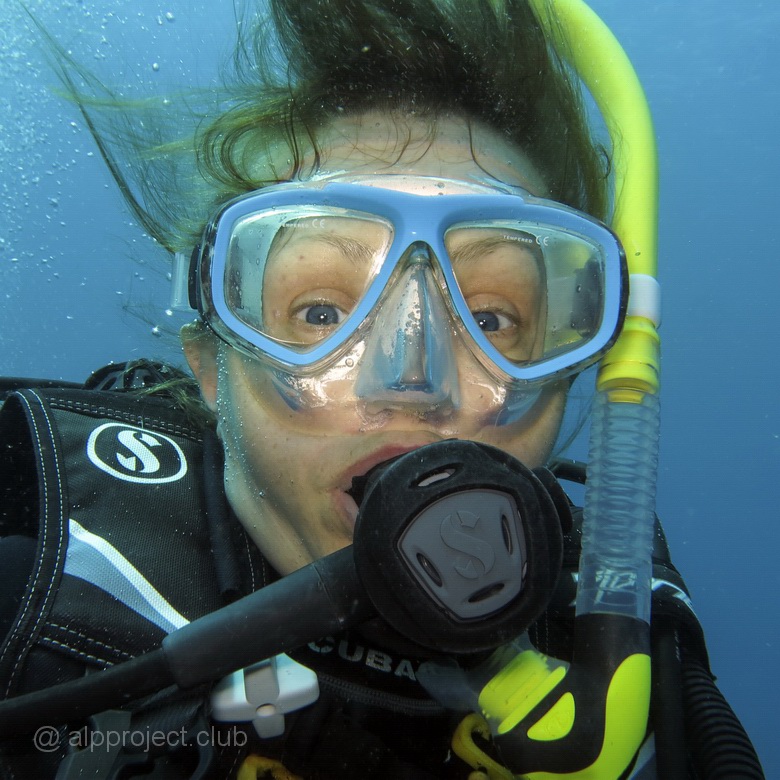 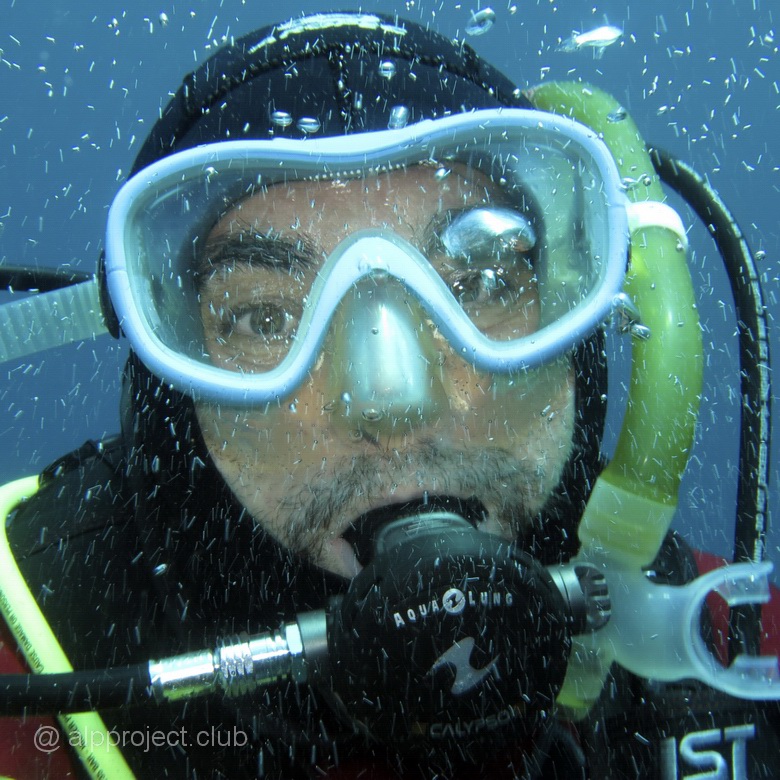 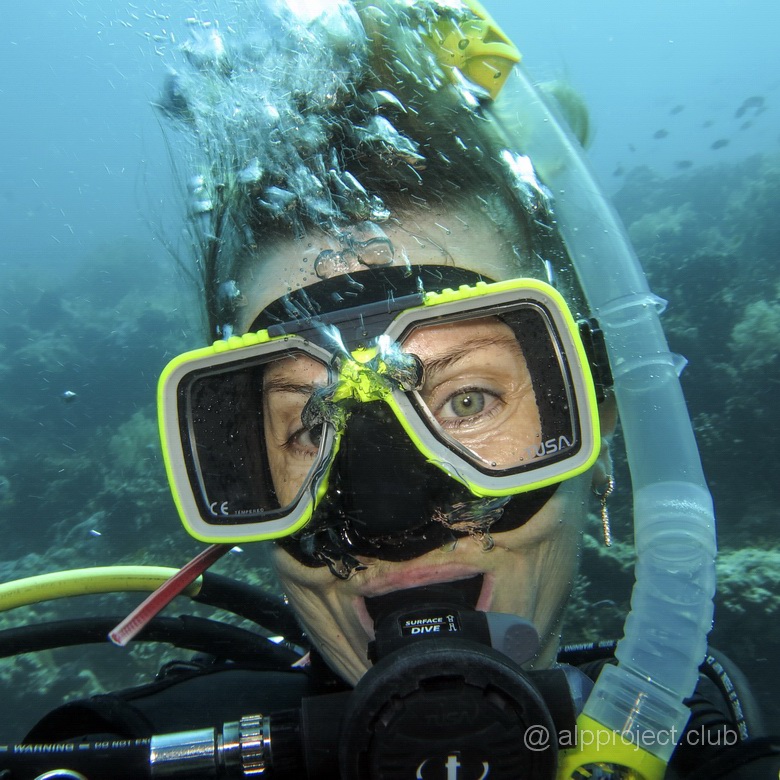 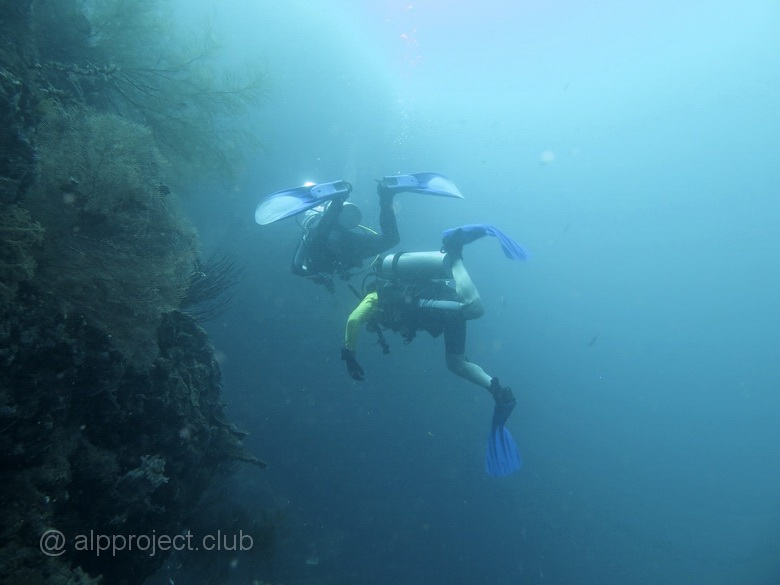 Well, what else: we dived here in mid-January, the water was muddy cause plankton. The saddest thing was the huge amount of rubbish, which was brought from Java island, our boat was surrounded by used plastic bags. That's really the problem: the plastic degrades by the time and becomes part of the food chain of marine life, it is not good.. And seas could really become deserted by the time.. It is so sad!