From the book "Puerto Galera. Roads of corsairs", episode 7.

There is theeef in the Eastern part of the Bay of Sabang. There are corals and a great variety of different crinoidea – sea lilies here. They are not plants as could seem at first glance, they are carnivores, one of the classes of echinoderms, one of the oldest species of fauna on our planet – their prints were found in ancient marine sediments, beginning from Ordovician period, about 500 million years! This time is enough for evolution, look how various they are.. 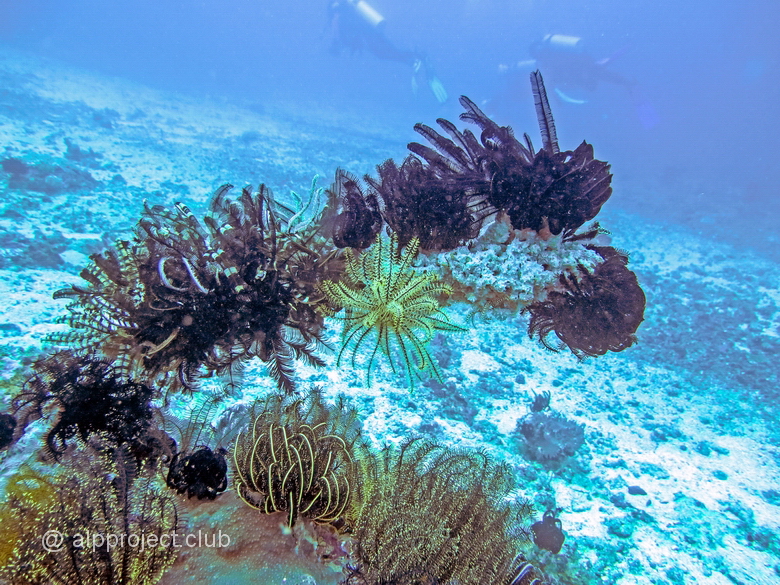 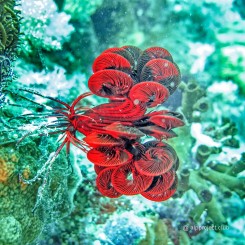 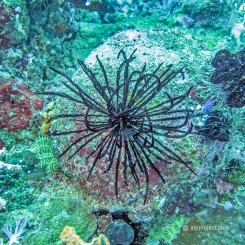 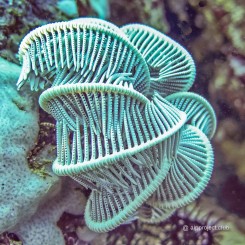 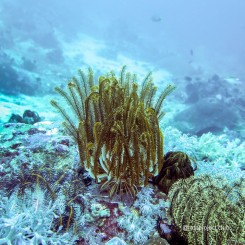 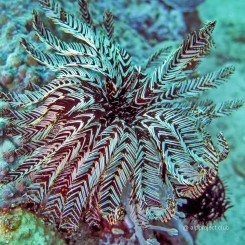 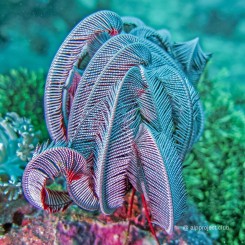 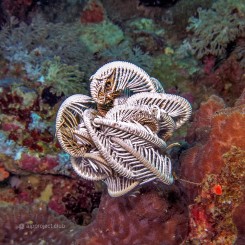 Sea slugs are hiding in corals – nudibranches. We continue to assemble a collection of their portraits.. 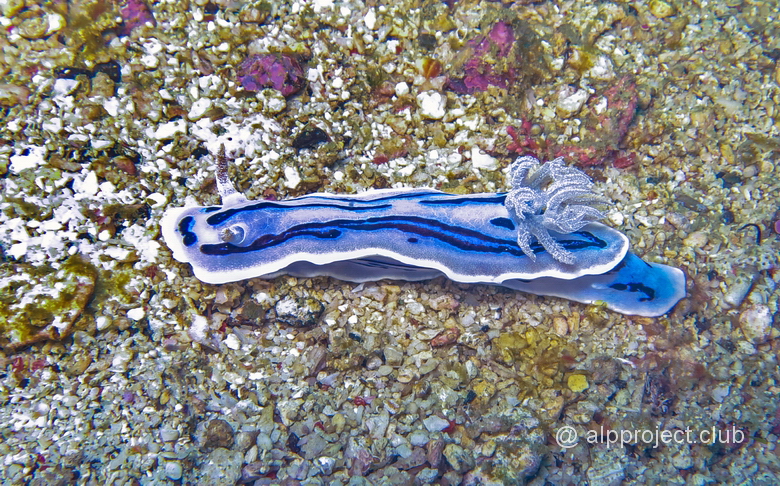 The enemy for coral – starfish. They are also so various.. 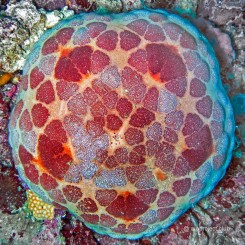 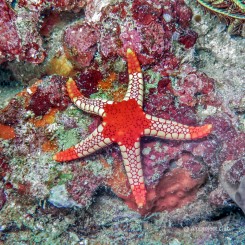 Anemone shrimp. It is almost transparent, so it had to camouflage itself to survive.

In general, we had not comfortable dive: it was tangible there and the water seemed unusually cold.. But we saw a lot of things. And as the final bonus we saw blue ribbon moray eel – rare one.. Look at the movie..