The Muelle Bay in the Northern part of the large Philippine island of Mindoro and it locates at the crossroads of sea routes. Since the 16th century Spanish merchant ships often came here and for sure the Chinese traded here before the arrival of the Spaniards. Moro pirates robed over surrounding seas, they is known for their eagerness to fight and bloodthirstiness, that is why Spaniards had built several watchtowers and kept warships there.

We were here in February 2015 only a few days, so we don't pretend for completeness of the description of these places, we will tell you just about what happened to see. 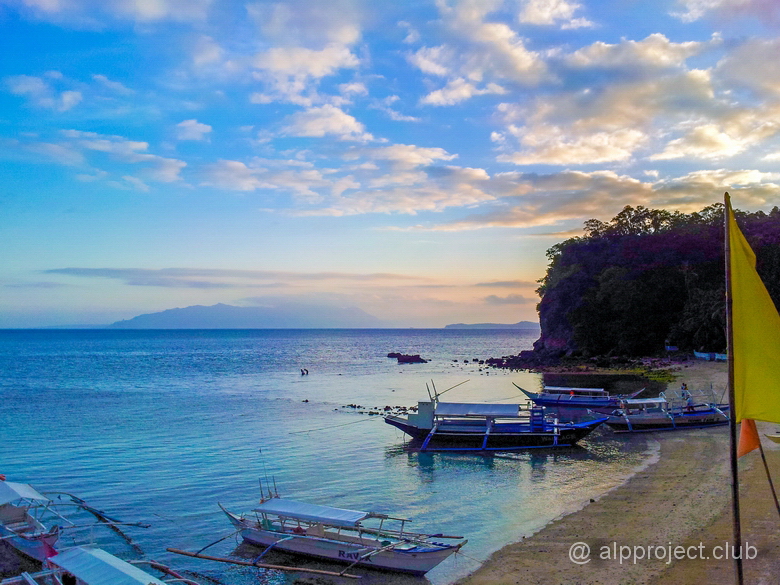 Puerto Galera in Spanish means "Port of Galleons". This is one of the most popular places for diving in the Philippines, the dream of amateur divers from over the world - to dive here at least once. 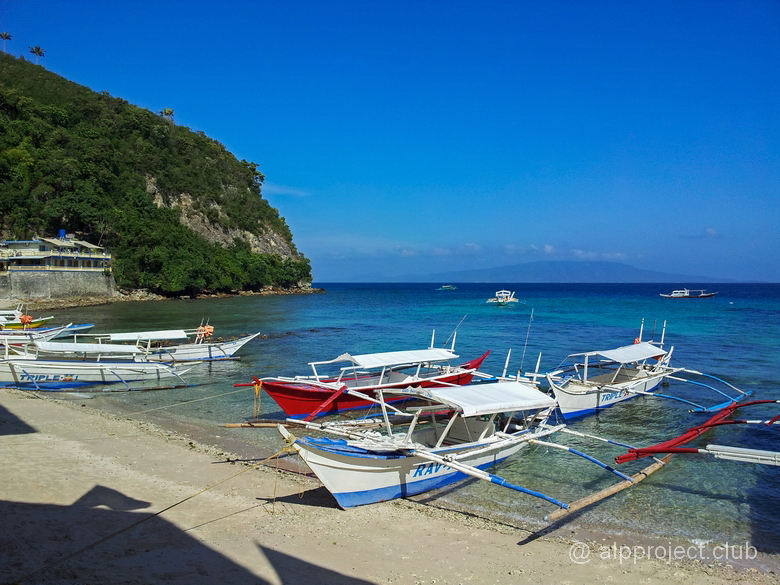 Hotels are concentrated on the comfortable sandy beaches near the village of Sabang, there are more than 30 dive-sites with incredible marine life in the vicinity. Boats move carefully to the bay, they afraid to run over a diver – there are many divers here, the place is popular and good promoted. There are divers from around the world here – the Japanese, Europeans, Australians, Americans, Russians.. We dived with the company of our friends - Thais, they come as a big team, it was fun and interesting. After a hard working day we had a drink in our hotel bar (happy hour from 5 to 7 pm, you shouldn't miss it as sacred duty :) ) then we had dinner together at a large table, eating well very spicy Thai dishes, well cocked by our ladies-divers. To have this - the guys from our team took a motorbike taxi between the day dives and raced to the village to buy food – fish, fruit and vegetables. Homemade cooking is cheaper and also hot dishes are vital to Thais opposite the Philippines. Well and we were victims of hot dishes sometime even cold beer was useless :) 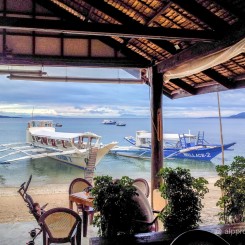 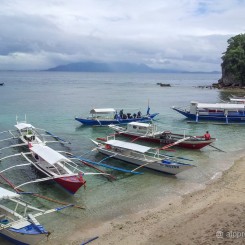 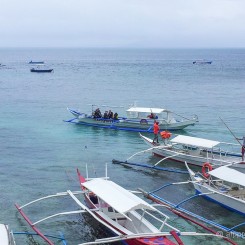 In the window below is an interactive map of the area which help you to have a virtual journey. Specific places are indicated by "i" icons, they content stories illustrated with photos and short videos. Click on the icon and go! :)

Or you can use the table of contents:

• On the underwater slope of the hill. Dive-site The Hill
• Coral palisade Varadero. Dive-site Coral Cove
• On the bottom in the home bay. Dive-site Dry Dock
• About the vicissitudes of fate. Dive-site Sabang Wreck
• What local people make a living by. The Village Of Sabang
• Secrets of the sunken ships. Dive-site Alma Jane (Anthony's Wreck)
• Visiting carnivorous lilies. Diving site of Sabang Point
• Through the wall. Dive-site Hole in the Wall
• Electric comb. Dive-site West Escarceo

You can also use the arrows "next – prev" and read the stories of the section one by one.